Top Posts
Modern Age Flagship in NYC by Ringo Studio
5 Questions with Chef Ashley Rath of Saint...
حقيبتك الفاخرة المثالية – Inside The Closet
Mandeville Canyon by Walker Workshop
‘Zombies 3′ The Lost Song Version Brings New...
What To Do About Your Aging Neck
A Polychromatic Apartment in Rome by STUDIOTAMAT
2023 Lexus RX – Exclusive First Look
صنادل هيرميس أوران – Inside The Closet
The Best Overwater Villas and Bungalows Around the...
CYBERSECURITY 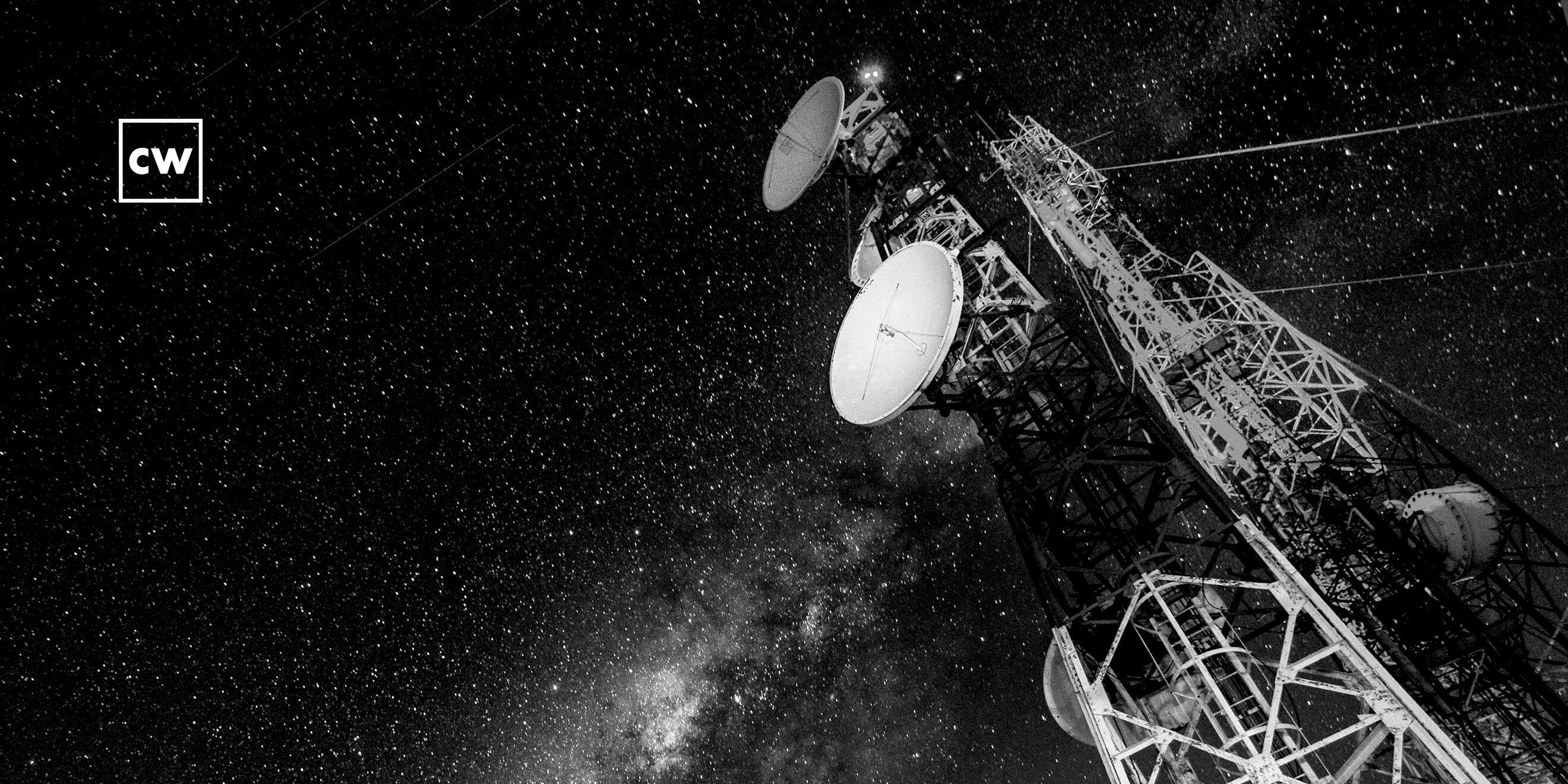 Space Force rolls out cybersecurity standards for commercial providers of satellite services (SpaceNews) The Space Systems Command announced May 26 the official rollout of a new process to assess the cybersecurity of commercial satellite operators that do business with the Defense Department.

Space Force Finally Rolls Out Cyber Standards for Commercial SATCOM Providers (Air Force Magazine) The Space Force rolled out new cybersecurity standards for commercial satellite vendors; those who meet them might be able to charge more.

US Space Force Awards BlueHalo $1.4B to Bolster Communications for GEO Satellites (Via Satellite) The U.S. Space Force Space Rapid Capabilities Office in Albuquerque, New Mexico, has awarded BlueHalo a $1.4 billion contract for the Satellite

SatSure Enters US Market By Acquiring Philadelphia-Based Geospatial Services Company (ReleaseWire) Press Release issued May 31, 2022: SatSure, a deep tech startup working at the intersection of spacetech, Artificial Intelligence (AI), and Software as a Service (SaaS) to drive decision intelligence, is pleased to announce the acquisition of Philadelphia based Old City Innovations (formerly Geospoc LLC, USA) in a cash plus stock deal, marking its entry into the U.S. market.

Viasat Reports Record Revenue of $2.8B in 2022 (Via Satellite) Viasat posted record revenue of $2.8 billion in its 2022 fiscal year, up 24% over the prior year. The company logged gains in each of its three business

War Stories: Ukraine’s Space Professionals Share Their Experiences (Satellite Today) Ukraine has a vibrant, up and coming space industry with rich heritage that has been thrown into doubt due to Russia’s invasion. In this feature, some of Ukraine’s most prominent space professionals share their personal accounts of the invasion, and how they see the future for the space industry as war rages in their country.

Smallsat IoT Players See Big Opportunity in Small Connections (Satellite Today) Analysts say the smallsat IoT business is on the way to becoming a $1 billion market in the next 10 years. New Space startups in this area are increasing their momentum building constellations and developing technologies to connect devices in remote areas outside the bounds of terrestrial networks.

SpaceX Said in Talks to Raise Fresh Funds at $125 Billion Value (Bloomberg) New valuation would make it the highest valued US startup. Shares also being offered in a so-called employee tender offer.

Measat Launches Competition to Encourage Malaysian Students into Space Careers (Via Satellite) Measat has revealed details about a new competition to inspire young people about the space industry in Malaysia. To celebrate the launch of the MEASAT-3d

Inmarsat Completes First Orchestra Technical Trials in Singapore (Via Satellite) Inmarsat completed the first phase of testing for its new Orchestra network, which aims to bring together existing GEO satellites with LEO satellites and

HSV is the first commercial airport slated to receive FAA license to land commercial space vehicle (Military & Aerospace Electronics) Initially, the obtaining of the FAA license is specific to Dream Chaser; however, this proof of concept supports other space reentry vehicles, and each would require additional FAA licensing, AviationPros reports

SpaceX Launches 59 Spacecraft in Rideshare Mission (Via Satellite) SpaceX launched 59 spacecraft to orbit in a rideshare mission on Wednesday. The Transporter-5 mission was the fifth mission in SpaceX’s dedicated smallsat

An Inside Look: SpinLaunch Flight Test #7 (YouTube) Get an exclusive behind-the-scenes look at how SpinLaunch conducts a typical flight test on our Suborbital Accelerator Launch System. Located at Spaceport Am…

Ovzon CEO Details How Ovzon 3 Launch Will Boost its Satcom-as-Service Offering (Via Satellite) Ovzon, a mobile satellite communications solutions company, is preparing for the launch of its Ovzon 3 satellite, a major milestone for the company. Ovzon

Space Force Can Only ‘Mitigate’ China-Russia Space Cooperation (Air Force Magazine) The China-Russia relationship in space has security implications as they unite financing and know-how to threaten the U.S. in space.

Space Force, Pentagon still hashing out service’s presence in theater commands (Breaking Defense) With an eye on China, the plan is to start in the Indo-Pacific, Lt. Gen. Chance Saltzman, deputy chief of space operations, cyber and nuclear, told the Defense Writers Group.

The Space Force hopes to have an initial resilient orbit posture capability by 2027 (Bollyinside) The Space Force’s investment in new space technologies meant to provide higher resiliency against adversary attack will begin to bear fruit in 2027,

Wildfire monitoring, other state missions in jeopardy without a Space Guard, these officials say (Air Force Times) Space Force officials want to move away from the traditional Guard and Reserve. These colonels say that’s a bad idea.

Guardians will be allowed to sport neck tattoos (Military Times) Don’t let you neck tattoo keep you from becoming a Guardian.

Space Force Will Allow Neck Tattoos, Longer Mustaches and More Makeup Options for Guardians (Military.com) The new policy eases mustache restrictions at the outer corners of the mouth and increases color options for nail and lipstick to allow variations for skin tones.

Space race for an identity: Why the Space Force needs beards (Air Force Times) “I’m not advocating for unkept spec ops beards, but rather, well-groomed facial hair with tight standards.”

Boots on the Ground, Eyes in the Sky (Foreign Affairs) How commercial satellites are upending conflict.

Elon Musk Reveals Details of Next-Generation Starlink Satellites (Gizmodo) The generation-2 satellites are meant to be more powerful than their earlier counterparts.

Inmarsat Completes First Orchestra Technical Trials in Singapore (Via Satellite) Inmarsat completed the first phase of testing for its new Orchestra network, which aims to bring together existing GEO satellites with LEO satellites and

NASA and Boeing Complete Successful Starliner Test to the ISS (Via Satellite) NASA and Boeing successfully completed an uncrewed flight test of the Starliner spacecraft to the International Space Station, ending with a desert

Boeing Starliner Capsule Lands In New Mexico After Its First Successful Test Launch In Years (Forbes) Boeing’s spacecraft has touched down after its first successful test launch—setting the stage for the capsule to eventually compete with SpaceX to carry NASA astronauts.

Boeing docks crew capsule to space station in test do-over (AP NEWS) With only a test dummy aboard, Boeing’s astronaut capsule pulled up and parked at the International Space Station for the first time Friday, a huge achievement for the company after years of false starts .

Boeing Is Ready to Launch Starliner, a Rival to SpaceX’s Dragon (Wired) The company’s uncrewed spacecraft will fly to the International Space Station, and if successful, will give NASA astronauts another way to get to orbit.

OneWeb to Bring Connectivity to Uzbekistan Under MoU (Via Satellite) OneWeb plans to bring its high-speed, low-latency broadband satellite connectivity across the Republic of Uzbekistan. The company announced May 17 that it

OneWeb Signs MoU With Benya Group for MENA Service (Via Satellite) OneWeb continues to gain more customers for capacity for its capacity. Last week, the company announced deals with Navarino and Uzbekspace. Now, its

Eyeing DoD and IC work, ICEYE boosts ‘parallel’ US-only radar-sat constellation (Breaking Defense) ICEYE currently is planning to launch another five satellites this year, Jerry Welsh, CEO of the Finnish firm’s US arm, told Breaking Defense. But he did not provide a breakout of those to be built in Finland vice the US.

UN talks on space norms surprisingly collegial, but fireworks to come: Sources (Breaking Defense) Though even global rivals had substantive discussions this time, “I imagine that it will start to get spicier,” an allied expert said of the next meeting of the UN group that will focus on threatening behavior by military space operators.

China wants to search for habitable planets to “expand our living space” (Newsweek) The proposed mission would involve a new planet-hunting telescope that would scan nearby stars for signs of Earth-like worlds.

Laura Taylor-Kale officially nominated as DoD industrial policy chief (Breaking Defense) Taylor-Kale, who has a long history of working on manufacturing issues, is currently a fellow for innovation and economic competitiveness at the Council on Foreign Relations.

How Space Tech Can Play a Role in Methane Detection to Impact Climate Change (Via Satellite) ESG (environmental, social and governance) investing has become mainstream and is now estimated to account for more than one third of the $51 trillion of

Op-ed | Protecting Space Assets Above to Assert Geopolitical Dominance Below (SpaceNews) The conflict in Ukraine has shown us that we must now protect and make both our government and commercial space assets more resilient.

Quantum Computing Gains Momentum (Crunchbase News) The promise of quantum computing has swirled for decades, but as it gets closer to reality more investors, the government and several industries seem to be taking note.

Threats and Risks to Space Systems

Russian space debris almost obliterates European satellite (Newsweek) The European Space Agency said it had to quickly conduct a difficult maneuver to avoid a “high-risk collision” with debris from an exploded Soviet satellite.

China must be able to destroy Musk’s Starlink if it poses threat: scientists (South China Morning Post) Researchers call for development of anti-satellite capabilities including ability to track, monitor and disable each craft.

UFO hearing features historic testimony from Pentagon officials (Washington Post) The hearing marked the first time in more than 50 years that U.S. officials have provided testimony for public consumption about their investigation of UFOs.

Pentagon getting more UFO reports now that ‘stigma has been reduced’ (POLITICO) A DoD official asserted that “we’re open to all hypotheses, we’re open to any conclusions that we may encounter.”

Apple Shows Off AR Trading Cards Ahead Of WWDC 2022

The Quantum Threat: Our Government Knows More Than...

The Psychology Behind Spear Phishing Scams

Consumers’ Purchase Habits: How To Prepare Your Business...

The Way to Keep Your Mac Computer and...