Top Posts
Modern Age Flagship in NYC by Ringo Studio
5 Questions with Chef Ashley Rath of Saint...
حقيبتك الفاخرة المثالية – Inside The Closet
Mandeville Canyon by Walker Workshop
‘Zombies 3′ The Lost Song Version Brings New...
What To Do About Your Aging Neck
A Polychromatic Apartment in Rome by STUDIOTAMAT
2023 Lexus RX – Exclusive First Look
صنادل هيرميس أوران – Inside The Closet
The Best Overwater Villas and Bungalows Around the...
CYBERSECURITY

“The Wall of Spies Experience” – Espionage, Sabotage and Betrayal in America with John Gise 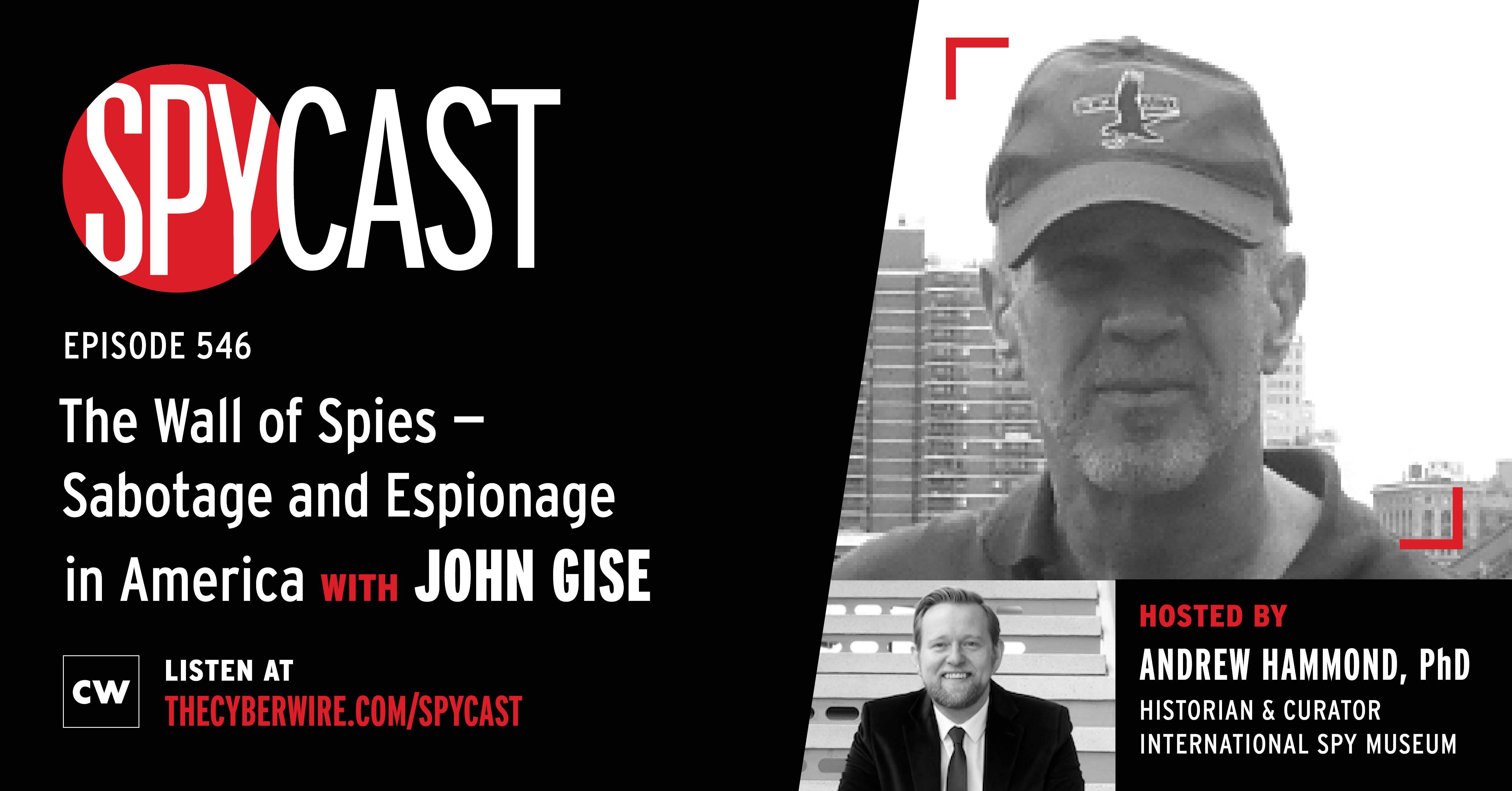 John Gise joins Andrew (Twitter; LinkedIn) to discuss the Wall of Spies Experience. It features over 200 stories of espionage and sabotage in America since 1776.

And much, much more…

The Wall of Spies Experience features over 200 stories of espionage, sabotage and betrayal from American history. The physical wall is a private museum on an intelligence community facility, but the second installment of the Digital Wall of Spies has recently been released. Thus far we have the Revolutionary War and the Civil War, with WWI coming up next.

Whether you want to get a sense of the evolution of espionage in America, dork out on a particular historical period, or just have a browse – we are sure you will agree that this National Counterintelligence & Security Center (NCSC) sponsored exhibit is a welcome contribution to the public’s understanding of the history of intelligence and espionage.

This week’s guest is John Gise, for whom the Wall of Spies was a labor of love. He has had a number of different roles across the US government, including a stint in Special Forces, but for now, spies from American history are with him while awake…and while asleep.

If you’ve ever wondered why you can’t visit the Statue of Liberty’s torch, you need to listen to the teaser John provides at the end of this episode on the next installment of the Digital Wall of Spies (we’ll give you a clue…it’s the opposite of White Jerry).

Quote of the Week

How to Improve the Quality of Zoom Meetings’ Video? Here Are The Simple Tips

The Quantum Threat: Our Government Knows More Than...

The Psychology Behind Spear Phishing Scams

Consumers’ Purchase Habits: How To Prepare Your Business...

The Way to Keep Your Mac Computer and...