Top Posts
حقيبتك الفاخرة المثالية – Inside The Closet
5 Questions with Chef Ashley Rath of Saint...
Modern Age Flagship in NYC by Ringo Studio
‘Zombies 3′ The Lost Song Version Brings New...
What To Do About Your Aging Neck
Mandeville Canyon by Walker Workshop
A Polychromatic Apartment in Rome by STUDIOTAMAT
6 Ways Carpets can change the look of...
2023 Lexus RX – Exclusive First Look
30 Exciting Things to Do in Flagstaff (Arizona)...
ELECTRONICS

LONDON—6G Futures, the center for research, education, and innovation that King’s College, the University of Bristol, and the University of Strathclyde established a bit longer than a year ago, is formally seeking funding from the U.K.’s ministry for digital media and culture and the U.K. Research Council, Toktam Mahmoodi, professor in communications engineering, and Director of Centre for Telecommunications Research at King’s Department of Engineering, told EE Times.

While several European countries have “already shaped centers of excellence around 6G research, and the U.K. was lacking that, she said. “Now, there is good momentum in the U.K.”

The three schools have also connected to other 6G initiatives across Europe, including the German 6G Hub, she added. King’s already has a cross-campus with one of its members, the Technical University of Dresden (TUD), facilitating cross-campus activity.

The partners will work to ensure the U.K.’s position at the forefront of next-generation mobile networks research and innovation. “We have initiated together with colleagues at University of Bristol and University of Strathclyde as initial partners, and now we are inviting other partners, both nationally and internationally, to build strength around that,” Mahmoodi said.

The trio of educational institutions are seeking about $6 million from the U.K.’s ministry for digital media and culture and about $2 million from the U.K. Research Council, she said. That would help with bringing the community together and a strong start for 6G research although larger research funding is needed to excel in research. The scope of work to be undertaken at King’s includes a full range of mobile and wireless communications research but with a strong focus on network intelligence, the use of artificial intelligence (AI) and machine learning (ML) in communication networks, and the integration of communication and computing—from software to networking protocols to hardware.

“A lot of our research is focused on our communication and computation platform work in conjunction with each other,” and accounting for the fact that communication systems have grown more and more distributed—forcing a lot of distributed computing to happen in the running of communication protocols, she said.

The research looks out five to 10 years. Shorter-term research involves zeroing in on applications and engaging with the industry for impact. Longer-term projects naturally involve fundamental aspects of research.

Mahmoodi said industry segments include not only the telecom ecosystem—with the classic telecom vendors like Ericsson and Nokia and mobile operators like BT, Vodafone and T-Mobile—but also firms involved with “the next generation of mobile services,” such as Apple, Facebook, Google, and Amazon. “They sit at the table, as well.”

Some of these companies worked closely with academics in the U.K. and have provided test labs and commercial kits. Ericsson, for example, previously installed a 5G network at King’s, Mahmoodi acknowledged. That test equipment facilitated the development of some “first in the world, proof of concept of technologies, including a robotic surgery over 5G, in 2017, or emergency service response with 5G-connected drones, in 2019.” 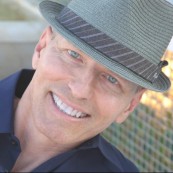 Brett Brune is editor in chief of EETimes.com. He previously edited and reported business news at The New York Times, the Washington Post, and the Los Angeles Times. He also previously served as editor-in-chief of SmartGridToday.com as well as Smart Manufacturing magazine.

Fauci Urges Americans ‘One Last Time’ to Get COVID Shots