The Napoleonic Wars is one of the bloodiest and most famous conflicts in the world, and for a good reason: it took a coalition of most of the European powers and 12 years to take down the rising French Empire with Napoleon Bonaparte at its helm.

As such, many people, especially gamers, want to feel what it’s like to be in these wars. Luckily, Anvil Game Studios developed Holdfast: Nations At War to cater to that demand and has been updating the game with content that will make us yell “Vive la ‘France!” or “God Save the King!”

However, most modern-day gamers will feel out of place in a conflict using muskets instead of automatic assault rifles for firearms. As such, here are some tips that beginners can keep in mind in their first Holdfast match. 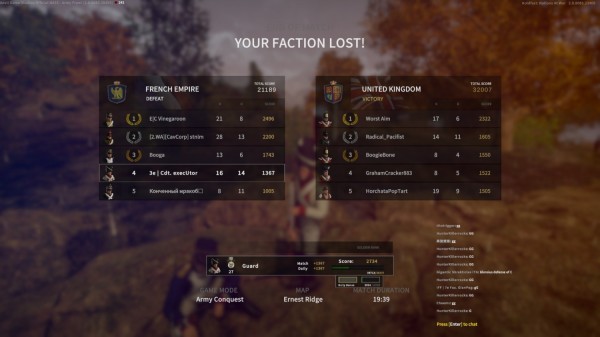 (Photo : John Paul M. Joaquin | iTechPost)
I gave as good as I got, but we still lost the match.

Muskets and pistols, in the game and real life, are notorious for being inaccurate at long-distance shooting due to having no rifling – the spinning grooves inside the barrel of a modern-day gun.

With Holdfast being as historically accurate as it is, this inaccuracy is represented even by the circular crosshair you will have once you play as a firearm-wielding solder in the game.

To increase your chances of killing an enemy, aim straight ahead unless the enemy is quite a distance away and lead them if they’re moving.

Once the crosshair is as small as it can get, fire away, then hope for the best and expect the worst.

Another rule of thumb to remember: players, just like you, can be killed instantly while reloading or aiming their firearm. 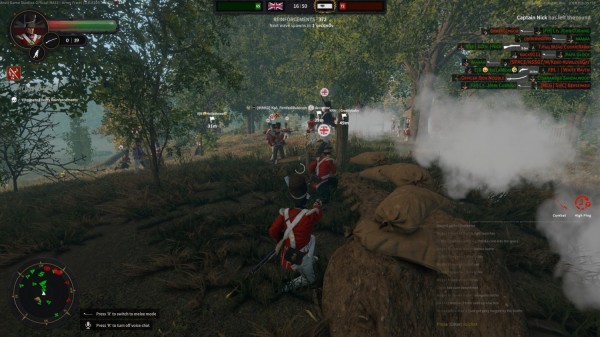 Whether you miss your shot or not, pretty soon, you will have to reload your musket, which isn’t the easiest thing to do during the Napoleonic Wars.

Reloading in-game will take as much as 10 seconds, but crouching while reloading makes it faster by a second or two. On the other hand, reloading with a flag bearer nearby will make reloading quicker than usual, whether standing up or crouching down.

Switching To Melee Is Faster Than Reloading 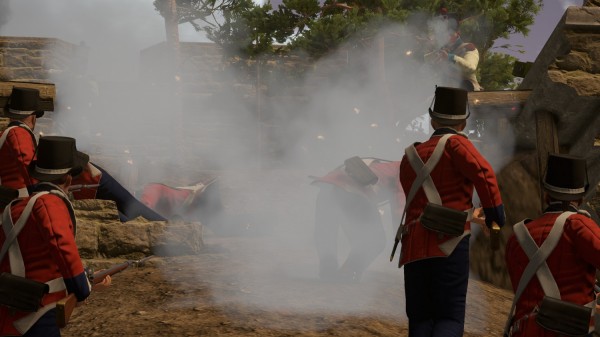 (Photo : Anvil Game Studios | Valve)
Whether you miss or not, pretty soon, you’ll be engaging in hand-to-hand combat with the British.

However, there won’t be a flagbearer near you every time unless you’re in a proper line battle, and most of the time, you won’t have the luxury of reloading with the enemy charging your position.

Some classes in the game won’t benefit from the flag bearer’s effects, such as the doctor, fifer, and carpenter.

If all else fails, switch to your melee weapon or use your musket’s bayonet to deal quick damage against enemies charging your position. 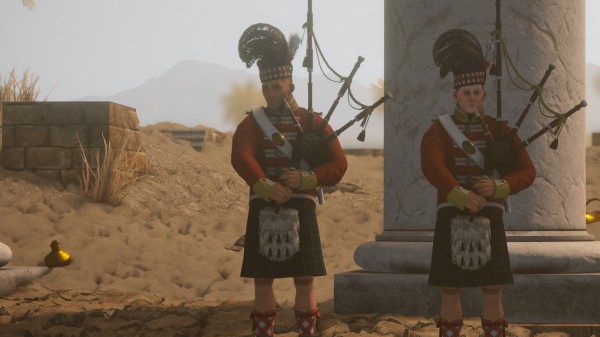 (Photo : Anvil Game Studios | Valve)
The Scottish bagpipe can increase the accuracy of muskets just as much as a flute or drum does.

Musket fire isn’t the only way to win a game. Holdfast offers various roles for people to play on the battlefield. Flag bearers decrease the reloading time for firearms, while fifers, drummers, and bagpipers can increase the accuracy of muskets.

Doctors can heal wounded players, while carpenters can create defensive emplacements to deter cavalry or protect people from musket fire. Finally, sappers can destroy these emplacements and even repair broken cannons and mortars.

Not Everyone Can Use Cannons 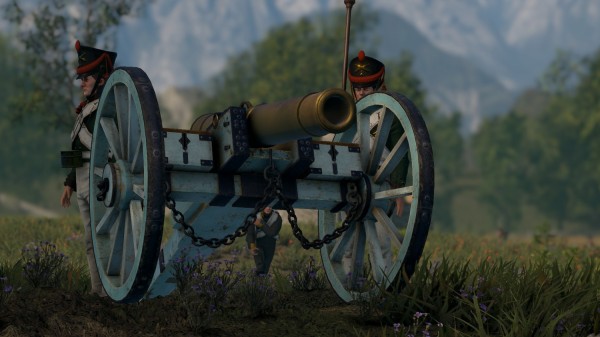 If you’re not playing a naval map, Holdfast locks the ability to use and reload cannons properly under the cannoneer class. This exclusivity means that while other classes can move a cannon, a cannoneer is the only one who can use them properly.

Cannoneers use their spyglass to gauge how far their target is, load a cannon, and fire it. If you’re playing as a cannoneer, try to aim your shot slightly in front of your target to maximize the damage it brings.

The same is true for mounting horses, as cuirassiers, dragoons, and hussars are the only ones who can mount up and ride into battle.

Related Article: Revisiting Resident Evil 3 Remake — Why are Fans Disappointed With the Game?