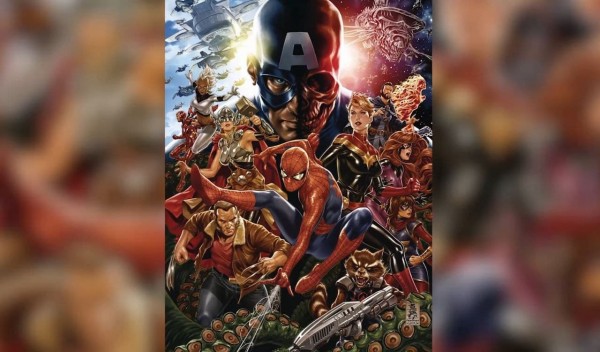 Superheroes are among the most widely recognized fictional characters ever. Superheroes have a tremendous fan base throughout media, including comic books, Marvel and DC films, and TV shows.

Whether we like it or not, superheroes are influencing the course of modern culture. These “powerful persons” serve as inspiration for various media, including television shows, movies, video games, fashion trends, and more.

Some of these superheroes have also been made into video games, allowing fans to interact with their favorite characters virtually.

In any case, if you’re a fan of Marvel, you can soon partake in their universe. This is due to the fact that in October of last year, Skydance and Marvel revealed their collaboration on a AAA game.

But the most important question is, which superheroes will you see in the game?

Rumor: Captain America and Black Panther Will Be the Center of the New Game

As previously mentioned, last October, Skydance New Media said that it was developing a Marvel game. However, only a few specifics about the project have been made public. Among others, it was announced last year that the game would be a “narrative-driven, blockbuster action-adventure” set in the Marvel universe, as per Eurogamer and CBR.

Rumors about Skydance Media and Amy Hennig’s next Marvel game have surfaced ahead of its official reveal at the Disney & Marvel Games Showcase, which will be held on Sept. 9.

According to a rumor, which was posted by MCU Status Twitter, the Marvel game will focus on Captain America and Black Panther during World War II.

We have heard the new Marvel video game from Skydance Media will be a WW2 set adventure featuring Captain America and Black Panther. The duo will face off against the forces of Hydra. pic.twitter.com/nHizdcLm3S

To be more precise, the leak claimed that Captain America and Black Panther team up during World War II to combat the Nazi organization Hydra.

Hennig’s project might be one of two video games featuring Black Panther that are currently in development. Of course, considering the rumors are true.

According to CBR, EA is developing a new single-player, open-world game based on the Black Panther series.

Earlier Rumors About the Game

According to earlier speculations, the game would instead focus on the Fantastic Four’s adventures. But no concrete evidence backed it up.

However, as previously mentioned, new leaks have indicated that the Hennig-helmed Marvel game may not be Fantastic Four, as it is allegedly focusing on Captain America and Black Panther teaming up to take down Hydra. No one knows (at least for now) if this storyline was true, either.

I guess we just have to wait until the official announcement during the Disney and Marvel Games Showcase.

Updates on some of Marvel’s upcoming video games are also expected at the expo. Disney promises “all-new announcements,” in addition to more information about previously disclosed titles, at the showcase in addition to Hennig’s game.

For example, more information about Lego Star Wars: The Skywalker Saga and Marvel’s Midnight Suns will be revealed during the event, according to Eurogamer.

Related Article: ‘Marvel Contest of Champions’ to Add Two New Fighters This Month – Can You Guess Who They Are?