CRYPTO 101: These are the Terms That Anyone Investing in Crypto Should Know 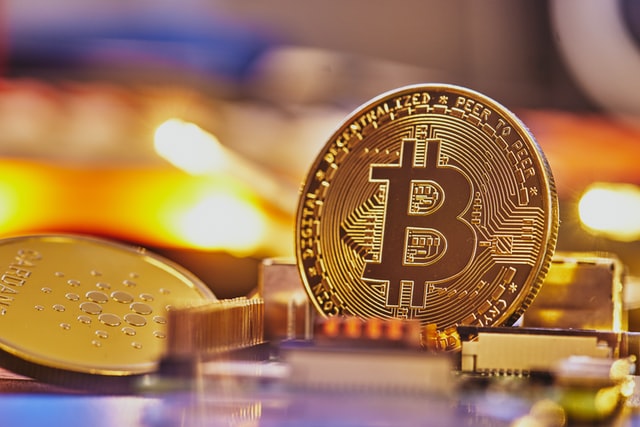 Cryptocurrency is one of the most revolutionary inventions of this century.

The current state of cryptocurrency might be bearish and is in a “crypto winter.” This time can be useful to brush up on all of your confusion surrounding this new currency that has been talked about.

As people jump into it, as developers and companies continue to produce products and services, the terms can be confusing. With that, here are some of the most basic crypto terms you always hear, described in the simplest terms.

According to Forbes, cryptocurrency is a digital currency aimed at working like a real fiat currency. However, what makes cryptocurrency different is that it is decentralized, unlike real public paper money that is controlled by a governing body.

Cryptocurrency exists online and virtually and can also be used to pay for goods and services.

Cryptography is used to authenticate transactions and record their details. It is possible for anyone, in any location, to send and receive money in real-time using this technology.

The blockchain is a new piece of technology that has now been more commonly used by many. One of the contributors to its popularity is the creation and formation of cryptocurrency.

A blockchain is a publicly distributed database or ledger. It stores information electronically in digital format.

Due to the nature and design of how it works, the blockchain is a database that is almost impossible to counterfeit. This makes the information, or any data or asset that you store in it, extremely secure and safe.

Decentralization is a term you will often hear or read in this space. Decentralization refers to the principle that most of the founders and users move towards. It is the transfer of power from a governing body directly to a group of people or a distributed network; it is giving and distributing power to the many.

It opposes centralization. An example of a centralized governing entity is the bank, the government, an individual, a private sector, or an exclusive group.

Apart from decentralization, DeFi is another cryptocurrency term you will most commonly encounter. DeFi is a popularized term and a shortcut that means “decentralized finance.”

The primary goal of DeFi is to eliminate the use of third-party services. This is accomplished through the utilization of smart contracts that are stored on a blockchain.

Stablecoin, in principle, must be stable. It usually equates one stablecoin to one US dollar. One of the examples of Stablecoin is Tether and USD Coins.

Read Also: Defi Kingdoms Free NFT Game: How to Earn, Is It Better Than Axie Infinity?

In the news and magazines, you might often hear and read the word “altcoin” in cryptographic terms. This might be confusing, but “altcoin” means cryptocurrency. “Altcoin” refers to other cryptocurrencies other than the two most popular ones, Bitcoin and Ethereum.

Bitcoin is by far one of the most popular cryptocurrencies that have ever been created. Bitcoin was released to the public in 2009 by an anonymous entity known as Satoshi Nakamoto.

Just like any cryptocurrency, it is designed to function as money. The thing that separates Bitcoin apart from the numerous cryptocurrencies in the market is its current value.

For a long time, during the height of crypto, it was valued at $60,000. Some people consider holding this cryptocurrency as an investment, and in some cases, those who were early in the game have already seen a return on their investment.

Next to Bitcoin, Ethereum is the second most popular and go-to cryptocurrency of choice. Ethereum was co-founded by Vitalik Buterin.

Ethereum functions similarly to other cryptocurrencies; it has a native token called ETH. However, what makes Ethereum different and unique is that, aside from its native coin, multiple applications are also built on top of its own blockchain, the Ethereum network.

You can often hear this term used in real-life and tangible companies, describing how much they are worth. That same concept is also true in cryptocurrency.

Market capitalization will often be used as “market cap.” It is an indicator that is used to measure the market value of a certain cryptocurrency that is available and circulating.

Marketing crypto can be very different and can come in unique ways. One of these unique ways is the common usage of “airdropping” an NFT or crypto project on its first launch.

According to CoinMarketCap, airdrop is definitely on the list of crypto terms you need to be familiar with.

An airdrop is one of the most common marketing strategies to promote and advertise upcoming cryptocurrencies. Marketing crypto can be very different and can come in unique ways.