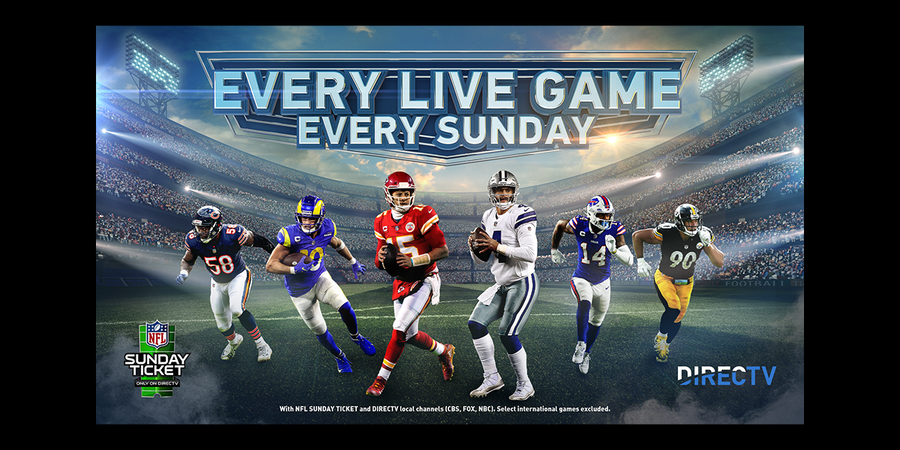 The popular multichannel video programming distributor has reportedly failed its Sunday Ticket subscribers again this weekend, with its website and app crashing for a second time, per The Verge.

DirecTV has since “fixed” the issue, but it is unknown if it will happen again in the future.

@gmfb @CBSSports @NFLonFOX @espn @YahooSportsNFL Wanted to let you know that the $400 NFL #SundayTicket is not working for the 2nd week in a row! As it’s only week 2, this is horrible. This needs to be addressed with the NFL ASAP! pic.twitter.com/tsStIMAqCI

DirecTV Sunday Ticket subscribers began posting on Twitter about their inability to watch the NFT games this weekend through DirecTV’s Sunday Ticket app.

Some NFL fans noted that they couldn’t watch the games live due to them being unable to log into their accounts or the stream not loading at all.

Timothy Burke, a former “Deadspin” reporter, took his complaint on Twitter one step further, with him saying that DirecTV’s streaming service first had hiccups at around 2 PM ET.

He also added that the rest of DirecTV’s live streams went down within 20 minutes of the issues happening and that it could be due to problems with the streaming service’s servers.

Although DirecTV addressed the complaints on its official DirecTV Help Twitter page, it did not share what was causing the issue. The streaming service mentioned that it was aware of the problem by 3 PM ET and then announced that it fixed the issue at around 4 PM ET.

Despite the announcement and the promise that it will be continuing to monitor the situation, DirecTV Sunday Ticket subscribers are still unable to watch NFL games, even when some of the games weren’t available locally.

Whether the streaming service fixed subsequent issues after its announcement is unknown. Even so, this isn’t the first time Sunday Ticket subscribers experienced downtime.

Tech Crunch reported that the same thing happened to Sunday Ticket subscribers last weekend, with the publication reporting that the streaming service’s app and the website crashed.

The crash resulted in subscribers failing to log in, experiencing laggy feeds, receiving error messages, and even being locked out of the service entirely.

Unlike this weekend, though, Sunday Ticket subscribers were not the only ones experiencing an outage. NFL fans watching through NFL RedZone on SlingTV, YouTube TV, and even the NFL’s official streaming, NFL+, experienced streaming issues, though they can log into their accounts.

If you call their Sunday Ticket tech support, there is a recording that says they are closed for the weekend and to try back on Monday. Their tech support is closed on the only day of the week people use the service.

Sunday Ticket Subscribers were far from pleased with DirecTV’s services, especially when the same issue happened for the second time in a row.

Most subscribers are demanding a refund from the service through its official DirecTV Help Twitter page, with others even specifying that the service should compensate subscribers for last week’s issue too.

Twitter user Ken Molter also added that calling DirecTV’s customer support to get the company to address the problem was useless as they were closed during the weekends – a time when people use the company’s streaming service.

Fortunately for Sunday Ticket subscribers, the NFL Sunday Ticker may be acquired by another streaming service after this football season, with Google and Apple being one of the top contenders for the rights.

Banking Comes To The Metaverse With Mana VR

Elden Ring Deserved Game of the Year at...