Top Posts
Modern Age Flagship in NYC by Ringo Studio
5 Questions with Chef Ashley Rath of Saint...
حقيبتك الفاخرة المثالية – Inside The Closet
Mandeville Canyon by Walker Workshop
‘Zombies 3′ The Lost Song Version Brings New...
What To Do About Your Aging Neck
A Polychromatic Apartment in Rome by STUDIOTAMAT
2023 Lexus RX – Exclusive First Look
صنادل هيرميس أوران – Inside The Closet
The Best Overwater Villas and Bungalows Around the...
Blockchain Games

Epic Games vs Apple Antitrust Lawsuit Is Scheduled For October 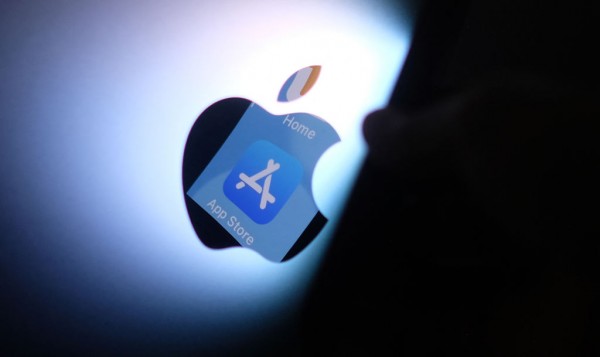 Apple can no longer prohibit developers from directing consumers to third-party payment options, according to a permanent injunction issued by Judge Yvonne Gonzalez Rogers in the Apple vs. Epic Games lawsuit last year.

Therefore, Apple must permit all application developers to link to third-party payment options.

It should be noted that Epic Games filed a lawsuit against Apple for preventing it from using its own payment method instead of in-app payments made through the App Store, where Apple receives a 30% cut.

Judge Rogers did rule Apple in its argument that Epic violated the terms of its App Store agreement when it used a workaround to introduce a direct payment option to Fortnite for iOS.

The court determined that Epic’s allegations that Apple is a monopolist are baseless. It came to the conclusion that the company did not meet the legal requirements to be declared a monopoly, and as a result, it was exempt from the obligation to allow competing app stores for iOS apps.

Both Companies File for Appeal Against Court’s Decision

However, as per 9to5Mac report, both parties filed appeals against the judgment because they were dissatisfied with the court’s ruling. The hearing on the appeal has been set for Oct. 21.

Only 20 minutes will be given to Apple and Epic for their respective oral arguments. The Department of Justice’s (DOJ) antitrust division and perhaps 35 state attorneys general-each of whom is effectively siding with Epic-will also likely make statements.

Apple and Epic Games both submitted appeals on various parts of the ruling.

Epic claims that there is no other method for developers to sell iPhone apps than through Apple and is appealing the decision that the App Store is not a monopoly.

Apple, on the other hand, is claiming that the court “legal error” when it took the anti-steering issue into account.

Read More: Apple Not Getting Off That Easy: Cydia Antitrust Lawsuit Not Fit for Dismissal

As previously reported, Roblox, cybersecurity experts, national security officials, developers, and pro-business advocacy groups all spoke out in favor of Apple during the court hearing in March and suggested that the judges not hinder its method of regulating programs on its iPhones and iPads.

The popular online game Roblox supports Apple’s App Store Policy because many of its users are underage. The additional security precautions for Apple are appropriate in Roblox’s eyes.

Meanwhile, in the court filing, Apple’s security defense included support from two dozen security professionals and former U.S. government officials. They argued that forcing Apple to make its iPhone operating system available would be detrimental to users and national security.

Musk criticized the tech company in a tweet in May about their pricing. According to his tweets, Apple’s App Store is imposing a higher percentage tax rate on its system, which is not acceptable in his opinion.

Apple’s store is like having a 30% tax on the Internet. Definitely not ok.

Elon Musk has apparently made it clear before that he thinks the App Store fees are a source of contention.

Apple app store fees are a de facto global tax on the Internet. Epic is right.

Musk backed the Epic Games argument at the time about whether Apple should open its App Store to let users choose between other stores or if it should open it to let customers pay for digital goods in other ways.

Related Article: ‘Fortnite’ Is Back on iPhone’s Ios – Here’s How To Play It via Xbox Cloud Gaming

15 Of The Best Boxer Briefs: The Building Blocks Of Any Successful Wardrobe (Updated 2022)

Namco To Work With Arika To Develop Tekken...