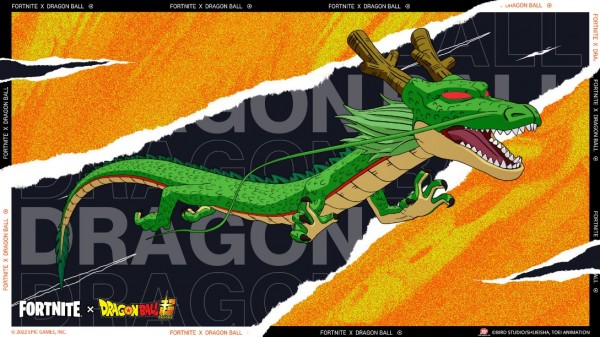 Players had already seen what seemed to be event assets when the Fortnite Twitter account teased the event last week.

But the wait is over now that Fortnite’s Dragon Ball event is up, and it appears to be one of the biggest collaborations the game has ever seen. Along with the four playable “Dragon Ball” characters, Epic Games will also include quests, locations, items, and even designated areas to stream “Dragon Ball Super” episodes.

A significant celebration of a legendary anime franchise is anticipated for this “Dragon Ball” takeover.

Watch the trailer below before we get into the details:

Song Goku is a Saiyan who was reared on Earth and has defended it against several foes. He enjoys battling, and the more formidable the foe, the more enthusiastic he becomes. After the Tournament of Power, he learns that the universe still has a lot more formidable fighters he has yet to meet, so he begins training to reach a higher level. Kakarot is his Saiyan name.

Vegeta is a fierce rival of Goku and a prideful Saiyan prince. After defeating Goku, he changed from a vicious and evil warrior to one with a good heart. Vegeta intends to defeat Goku but is threatened by Frieza after the Tournament of Power when he is awakened.

She is the mother of Trunks and Vegeta’s wife. Bulma is also Goku’s first friend. Along with Goku and his allies, she seeks for the Dragon Balls and regularly gets them out of sticky situations. She is a prodigy with machines and the well-bred daughter of the Capsule Corporation.

A god of destruction named Beerus is in charge of keeping the universe in balance. He will destroy any neighboring planets or lifeforms if he is in a bad mood. He first encounters Goku when he travels to Earth with the intention of fighting the Super Saiyan God, but Goku’s actions cause him to become distracted in a number of different ways.

Read More: Fortnite x Among Us Bling, Dance Emote Now Available on Epic Games Store – How to Get

Other Changes You Can Expect in the Event

Backblings, pickaxes, gliders, and emotes with a Dragon Ball theme will also be available to purchase from Epic, according to a news story by The Verge. Numerous changes have been made to the game, including the addition of the Kame house, where Bulma may be found, and special Dragon Ball equipment.

Additionally, Epic will provide links to episodes of “Dragon Ball Super” and a unique Dragon Ball adventure island offer. As you complete the brand-new Dragon Ball objectives to earn Dragon Balls, a new Dragon Ball tab in the game’s interface will keep track of your progress. If you gather all of them, you’ll receive a special glider.

Even though there are several events to choose from, the majority of participants like to join the Tournament of Power. This Battle Royale Duos competition will take place on Aug.18.

Please go to the Tournament of Power Official Rules page for complete information and eligibility requirements.