Top Posts
Modern Age Flagship in NYC by Ringo Studio
5 Questions with Chef Ashley Rath of Saint...
حقيبتك الفاخرة المثالية – Inside The Closet
Mandeville Canyon by Walker Workshop
‘Zombies 3′ The Lost Song Version Brings New...
What To Do About Your Aging Neck
A Polychromatic Apartment in Rome by STUDIOTAMAT
2023 Lexus RX – Exclusive First Look
صنادل هيرميس أوران – Inside The Closet
The Best Overwater Villas and Bungalows Around the...
Blockchain Games 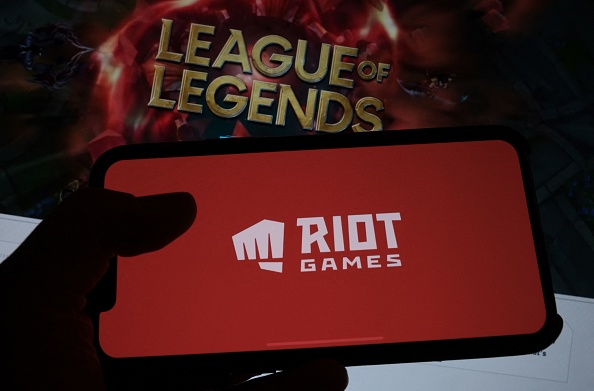 However, the company has stated that it would not pay the $10 million ransom sought by the thieves of the League of Legends (LoL) source code who broke into the system last week.

The Ransomware Group Is Asking For $10 Million

According to Vice, the hackers demanded $10 million in order to remove the stolen source code from their servers and prevent its leakage.

“We have obtained your valuable data, including the precious anti-cheat source code and the entire game code for LoL and its tools, as well as Packman, your usermode anti-cheat,” the ransom note reads.

“We understand the significance of these artifacts and the impact their release to the public would have on your major titles, Valorant and League of Legends,” it justifies as it asks for such an amount.

The hackers also said that should Riot Games fulfill the ransom demand, they will immediately return all source code and delete them from their systems.

In addition to this, the ransomware group also pledged to tell the company how they executed the breach, and offer advice on how to prevent it.

However, as much as the offer might sound appealing, the famous game developer has refused the deal the attackers were offering.

The Riot Games breach happened following another significant video game publisher, 2K Games, which reported a compromise of its help desk and malware infections of some consumers in September 2022.

In the same month, Rockstar Games was also compromised; the hacker exposed source code for Grand Theft Auto V and GTA VI as well as videos of the unfinished game.

The Developer Is Still Investigating How Hackers Can Exploit The Attack

Several systems in Riot Games’ development environment had been infiltrated, the company stated when the event was first made public.

According to a report by The Record, the attack on its systems had hampered its capacity to publish fresh content.

The company informed players via a series of tweets that the hack had resulted in the exfiltration of source code for two of its well-known games, LoL and Teamfight Tactics (TFT).

It highlighted that although the attack disrupted the development environment and might lead to future problems, Riot Games is still confident that no player data or personal information was compromised.

However, the threat actors broke into Riot Games’ networks and obtained the source code for the TFT auto-battle game, a heritage anti-cheat platform, and the LoL multiplayer online combat arena.

According to Bleeping Computer, the LoL and TFT teams are examining whether any fixes are required to thwart such nefarious attempts and how cheat makers might utilize the stolen data to create new tools.

The stolen game source code includes several elements that have not yet been released but are still in the development stage, Riot Games says.

Tencent Is Planning a Valorant League as Gaming...

GTA 6 Leak Did Not Affect Business, but...

Namco To Work With Arika To Develop Tekken...