Gamers, the long wait is over!

Resident Evil 7 (2017), Resident Evil 2 (2019), and Resident Evil 3 (2020) finally made its debut in PlayStation 5. The much-awaited debut finally happened after the announcement was made earlier this year.

It is also a great chance for PS 4 owners because through the PS4 to digital PS5 upgrade option, you can upgrade your PlayStation 4 version at no additional cost.

Features like ray-traced visuals, 3D Audio and Dual Sense wireless controller are included in the upgrades. These new features will offer deeper levels of immersion. 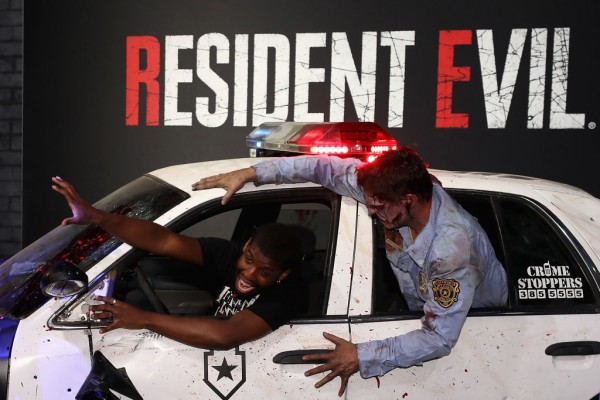 Resident Evil 7 Will Focus on Fear of the Unknown

When it was released in 2017, the focus of Resident Evil 7 is the fear aspect. From having a “fast-paced gameplay, set in the third-person person perspective, the game was changed into a slower-paced, first person perspective,” according to PlayStation.Blog. This will make you see the story from the perspective of Ethan Winters, as he navigates the dark side of Baker estate.

With the reimagining of the Resident Evil 7 gameplay, the goal was to focus on the fear of the unknown. The new setting and the first person perspective will give players a feeling like they are playing the game for the first time, without knowing what to expect.

The unfamiliar ground will give a new kind of horror.

But even with the new aspects introduced in the game, it would still feel like a real Resident Evil game as the critical survival horror element of surviving a difficult situation is maintained.

According to PlayStation.Blog, Resident Evil 7 also “marked the debut of the then-new in-house RE Engine, which meant that we could bring the audio-visual quality of the game to a whole new level on PlayStation 4.”

You can experience terror to the next level with the visuals enhanced by PlayStation 5.

Horror is Reborn in Resident Evil 2, 3

Fans of Resident Evil will be able to be in the Raccoon Police Department once again as Leon and Claire, with the power of RE Engine in Resident Evil 2.

According to PlayStation.Blog, they will try to remain faithful with the original game even with the introduction of new and fresh ideas that would modernize the game.

A darker atmosphere was created with the revamped game’s visuals. The abandoned police station corridors are more eerie than before. And the zombies are transformed to be terrifyingly realistic.

We would once again see Raccoon City face a disaster. Jill Valentine will attempt to make her last escape from the doomed city in Resident Evil 3. Using the RE Engine, Jill Valentine escape is vividly reimagined.

Resident Evil 3 will not be the game that we know without the iconic Nemesis. “The team was able to build on our work based on Tyrant, “the ultimate B.O.W” from Resident Evil 2 in bringing the Nemesis character to life,” according to PlayStation.Blog.

With the combined motion capture and photogrammetry for Resident Evil 7 and Resident Evil 2, the iconic Nemesis in Resident Evil 3 would perhaps be one of most terrifying villain in the series.