Who have not heard of Final Fantasy series? The franchise is quite popular among many gamers all over the world. But do you know that it has a popular spin-off that was released for the Game Boy handheld console?

The game was marketed as a Final Fantasy title. The game, with a gameplay having more similarities to The Legend of Zelda games, was met with generally positive reviews. 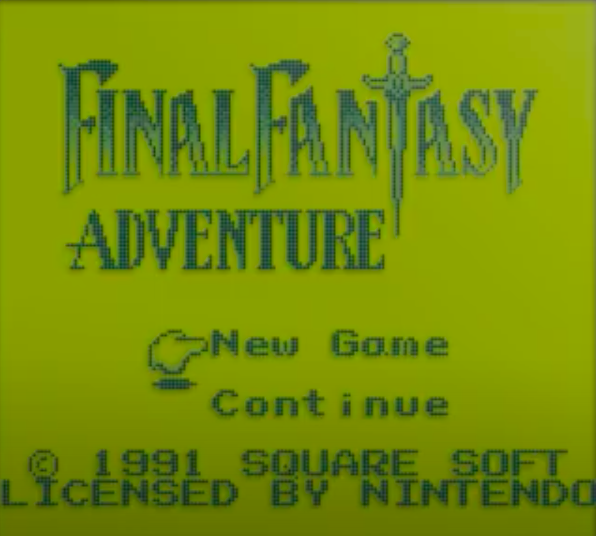 Final Fantasy Adventure started as a Final Fantasy side story. However, it eventually launched the Mana series.

In the arena for the Dark Lord, the player who is enslaved as a gladiator fights monsters.

As the game progresses, the hero escapes and learns of the Dark Lord’s plan to have the key to Mana Sanctuary. The key would allow him to control the Mana Tree, which would lead to doom of the world.

Eventually, the hero soon meets up with a heroine. The hero and the heroine share the same goals. Thus, they join forces in looking for a way to save the Mana Tree and stop the Dark Lord’s plan.

The gameplay of the Final Fantasy Adventure is more like The Legend of Zelda. However, you would find elements that connect this title to the Final Fantasy universe. There are character models and some environmental assets in the game that can also be found in Final Fantasy.

According to Hardcore Gamer, “the gameplay is an overhead action adventure, and like The Legend of Zelda, the world is divided up into single screen areas.”

You will find a linear story progression that “unlocks newer areas and dungeons either by acquiring key items or just being triggered by reaching plot points.”

Read Also: Final Fantasy VII Remake Goes Live On PS4: Here’s What You Should Know As You Dive In To The World Of Midgar And Begin Your Adventure

‘Final Fantasy Adventure’ is the Prelude to ‘Mana’ Series

Final Fantasy Adventure is the first game is the Mana video game series.

The Mana series, known in Japan as Seiken Densetsu or Holy Sword Legend, is a fantasy action role-playing game series, according to Wiki of Mana. It was developed and published by Square Enix. It was created by Kōichi Ishii.

The series started as a side story Final Fantasy franchise. However, starting with the second installment, Secret of Mana, most Final Fantasy-inspired elements were dropped.

Eventually, it has grown to include games of various genres. The game is set within the fictional world of Mana. It has recurring stories involving a world tree associated with holy sword, and the “fight against forces that would steal their power.”

The series is comprised of five games in 2003, but, since 2005, the game was revived through the World of Mana campaign. Five new games were released in the span of just one year.

According to the Wiki of Mana, the Mana series is comprised of eight console games and two mobile games as of 2007.

The reception for the Mana series has been very uneven. The Secret of Mana was widely acclaimed that it even racked 78th in IGN’s yearly “Top 100 Games of All Time.”

However, the games from the World of Mana series received considerably lower ratings.

Related Article: Final Fantasy XV Guide: Do You Know These Little Details About Noctis And The Rest Of The Gang In FFXV?