Revisiting Road 96 — How Will You Shape the Future of a Country?


Many video games allow gamers to be active participants in various in-game activities. In Batman: Arkham Knight, players take control of Batman in his quest to rid Gotham City of crime in the night of all nights, while in Uncharted 4: A Thief’s End, players guide Nathan Drake from one part of the game’s story to the other until its epilogue.

Not all games require the player to be an active participant. Some games let players immerse themselves in their world and feel like they’re actually there while still providing activities to keep them engaged.

One of these games is Road 96 – a game that will let you immerse yourself in its world while keeping you engaged with its many activities. 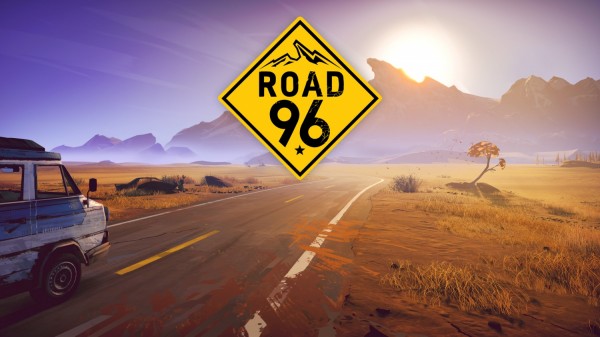 Road 96 is an indie action-adventure game developed and published by Digixart on Aug. 16, 2021, for the PC, PlayStation 4 and 5, Xbox One and Series X|S, and the Nintendo Switch, per the game’s Steam store page.

The game is set in the fictional country of Petria, which is in a precarious state due to the upcoming elections that pit its incumbent authoritarian president, Tyrak, against his moderate political rival, Lupe Flores.

Despite this chance for political change, many teenagers are choosing to run away and flee the country for a better future up north. However, they would have to get to Road 96 and cross the border to attain freedom.

Players get to choose which of the available teenagers they will take control of for the rest of their playthrough, with them encountering one of the story-critical NPCs on their first stop. 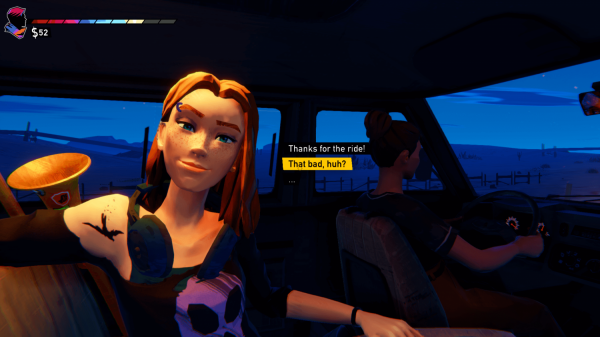 (Photo : John Paul M. Joaquin | iTechPost)
Zoe is one of the game’s story-critical NPCs that you’ll encounter multiple times over the course of the game.

This encounter comes with an activity the player can do that they can either win or lose and depending on how they do, they will either get a boon or a setback on their journey to Road 96.

After this activity, however, players will be given a chance to know more about the back stories of the game’s story-critical NPCs to understand where they come from and why they are doing what they do in the game. Each NPC has a story to tell, and listening to them is well worth the time.

Apart from the exposition, players will be given the chance to explore the world further and immerse themselves. During this time, they could vandalize either Tyrak or Flores’ campaign posters to influence how the elections will go.

Another way of influencing the election is with players stating their preferred politician to win in dialogues containing those choices. 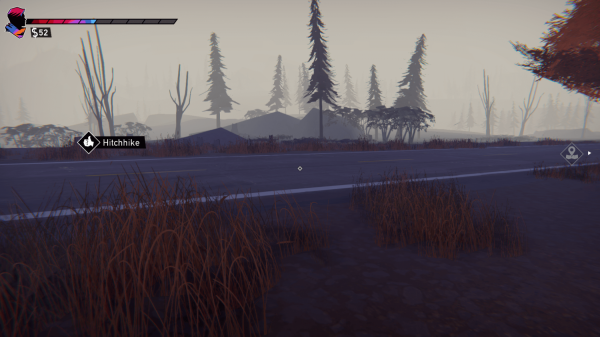 (Photo : John Paul M. Joaquin | iTechPost)
Players can either leg it in exchange of energy, or hitch a ride with someone and hope for the best.

Since players take control of runaways, they have to choose a mode of transportation to get them to their next stop, with their only options being hitchhiking, flagging down a bus or taxi, or walking the distance.

These options have their benefits and detriments, with taxis and buses being the most expensive option of the three but it saves you energy, while walking is widely considered to be the worst choice – it is the most inefficient choice as it takes a lot of energy while only covering a short distance. Meanwhile, hitchhiking is free but is also the riskiest. You never know what kind of NPC encounter you’ll come up with.

Speaking of energy, the game takes away a certain amount of energy bars while traveling, with the only way to replenish them is by eating food (not rotting, mind you) and sleeping.

Having a high amount of these resources doesn’t guarantee that the character escapes Petria or not, but having them at a high enough level does help.

Whether the player character escapes or not, the game will repeat from the beginning until all six episodes are completed, with the game creating another randomly generated route for players to start the new episode with.

The final episode showcases the consequences of the choices players made along the way and the ultimate fate of Petria.

Road 96 takes place during the 90s, and the game’s soundtrack reflects that period to a T. Listening to the music in the game makes immersing in its world worth every moment. Unfortunately, listening to the game’s music while in the pause menu will cost some money – it requires a DLC. However, buying it is well worth its asking price if you want to get the game’s full experience.

The game’s art style, while cartoonish, also helps in the game’s immersion. It helps you ease in and be a part of the game itself most of the time. The art style won’t matter when border guards are hounding the player character down while crossing the border.

Road 96 is a chill game that lets you do things at your own pace without much fuss. The music, the story, and the activities make the game feel alive and immersive enough to make you feel like you’re part of the story, even though the game has you switch player characters after each episode.

Related Article: Revisiting the Henry Stickmin Collection – A Blast From the Past!