Coinciding with EVO 2022, it appears like Bandai Namco Entertainment just gave us a hint that Tekken 8 might happen soon. 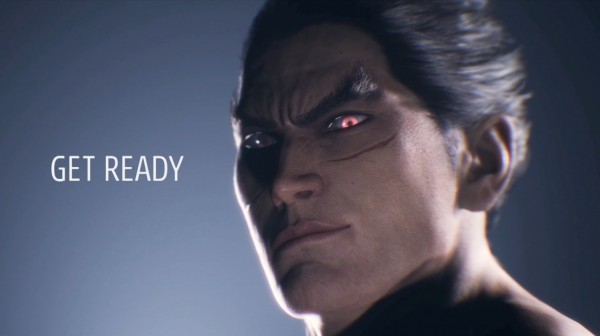 After the Tekken 7 Grand Finals, the video game publisher shown a trailer for its next Tekken 7 update. The iconic Tekken cutscene of Kazuya Mishima throwing his father, Heihachi Mishima off a cliff was shown at the conclusion of the trailer, as per IGN.

However, instead of ending when the camera zooms in on Kazuya’s face, the screen then instantly changed from 1994’s PlayStation version of Kazuya to a very modern-looking version of the character.

Before the trailer fades to black, “Get Ready” then appears on the screen.

While, an incredibly short video clip gave very little hint of a possible new game installment, there has a been rumors of a remake of the original Tekken and a new sequel that have been circulating for a while.

But as the teaser shows an older version of Kazuya, we can speculate that Bandai Namco isn’t hinting a remake, but a sequel instead, as per PC Gamer.

As of writing, Bandai Namco hasn’t yet confirmed that the trailer is indeed teasing an upcoming release of Tekken 8. However, according to ComicBook, this appears to be a highly possible course of event.

ComicBook stated that the probable reason for such speculation is because Tekken 7 is getting quite old. Thus, it is about time to open door for a new entry in the series.

Currently, video game publisher Bandai Namco is still supporting Tekken 7. However, it was launched from way back 2015. Given the age, it appears like the game’s life cycle is coming to an end, as per Comicbook.

Read Also: Tekken 7 Update: NJPW Costumes To Be Featured In The Game

Tekken has been one of the most popular fighting game franchises since 1994. Since the game was launched, it has received numerous installments and spin-offs.

Over the past years, the video game publisher Bandai Namco has kept on providing support to the 2015’s release of Tekken 7 instead of releasing a new installment. But with the trailer shown at EVO 2022, it seems like Tekken 8 could now be on the way.

In the series, the main games follow the events of the King of Iron Fist Tournament, hosted by the Mishima Zaibatsu.

In the game, the players control a number of characters to win the tournament and gain control of the company.

The story of the game revolved on the conflict between the Mishima family. Meanwhile, the players also explore other characters’ motivations with the aim to control the Zaibatsu.

Later on, the game series introduced combos and special moves. Characters are then also able to stage break arenas.

Exploring MonsterONE: Let Us Walk You Across Its Benefits!