Survival horror is undoubtedly one of the most popular video game genres out there for both developers and gamers. We have seen a wide spectrum of stories and concepts, including the usual zombie video games and even psychological horror escape room games.

If you happen to be looking for one set in a place that really exists in the real world, you need not look any further than Chernobylite. Today’s #TheSteamSix feature covers six things you have to know about the game before you start playing. 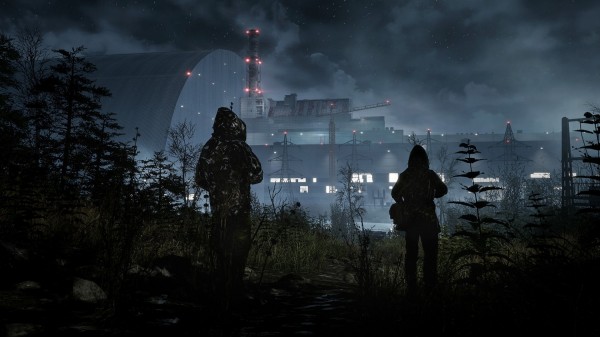 Released on July 28, 2021, Chernobylite is developed and published by The Farm 51. As previously mentioned, the game is a survival horror RPG.

You may have already guessed it based on the name itself, but Chernobylite is set in the Chernobyl Exclusion Zone, which is located in Ukraine. This is where the Chernobyl nuclear reactor disaster took place in 1986.

2. Chernobylite is a Kickstarter Project

Many of the games you find online are actually Kickstarter projects and Chernobylite is no exception. In fact, you can still check out its page on the Kickstarter website.

According to its Kickstarter page, the game had 3,350 backers who pledged $206,671 to the project. It should be noted that the goal of the project is $100,000, so it definitely went way beyond the targeted amount.

3. Your Character is Searching for His Fiancée

Why would anyone want to go in such a highly radioactive place to begin with? As far your character, Ukrainian physicist Igor Khymynuk, it is because he needs to search for his missing fiancée.

The sudden disappearance of his fiancée is not only mysterious, but it actually took place 30 years prior. Yes, you read that right. 30 years missing but still no clue as to where she is, and your character wants answers.

4. Chernobylite Has a Non-Linear Storyline

According to the game’s Steam page, the choice you make while playing Chernobylite dictates where the story goes. “No playthrough is the same,” Steam points out.

What this means is it will actually affect the story if you choose to trust your comrades or not. Another thing that can affect where your story goes is whether you choose to be more confrontational during conflicts or you would rather avoid conflicts at all cost.

5. Base Building Plays an Important Role in the Game

Yes, you do get a base in the game and it is pretty much your best friend if you want to make it all the way to the end.

Per the game’s Steam page, it is where you plan excursions as well as how you and your comrades operate. The base is also where you get to craft gadgets, traps, and weapons. These may also be modified should you wish to do so.

We have shared some pretty important information about Chernobylite, but nothing beats actually seeing how the game is like with your own eyes.

With that being said, you can watch the launcher trailer for the game below: