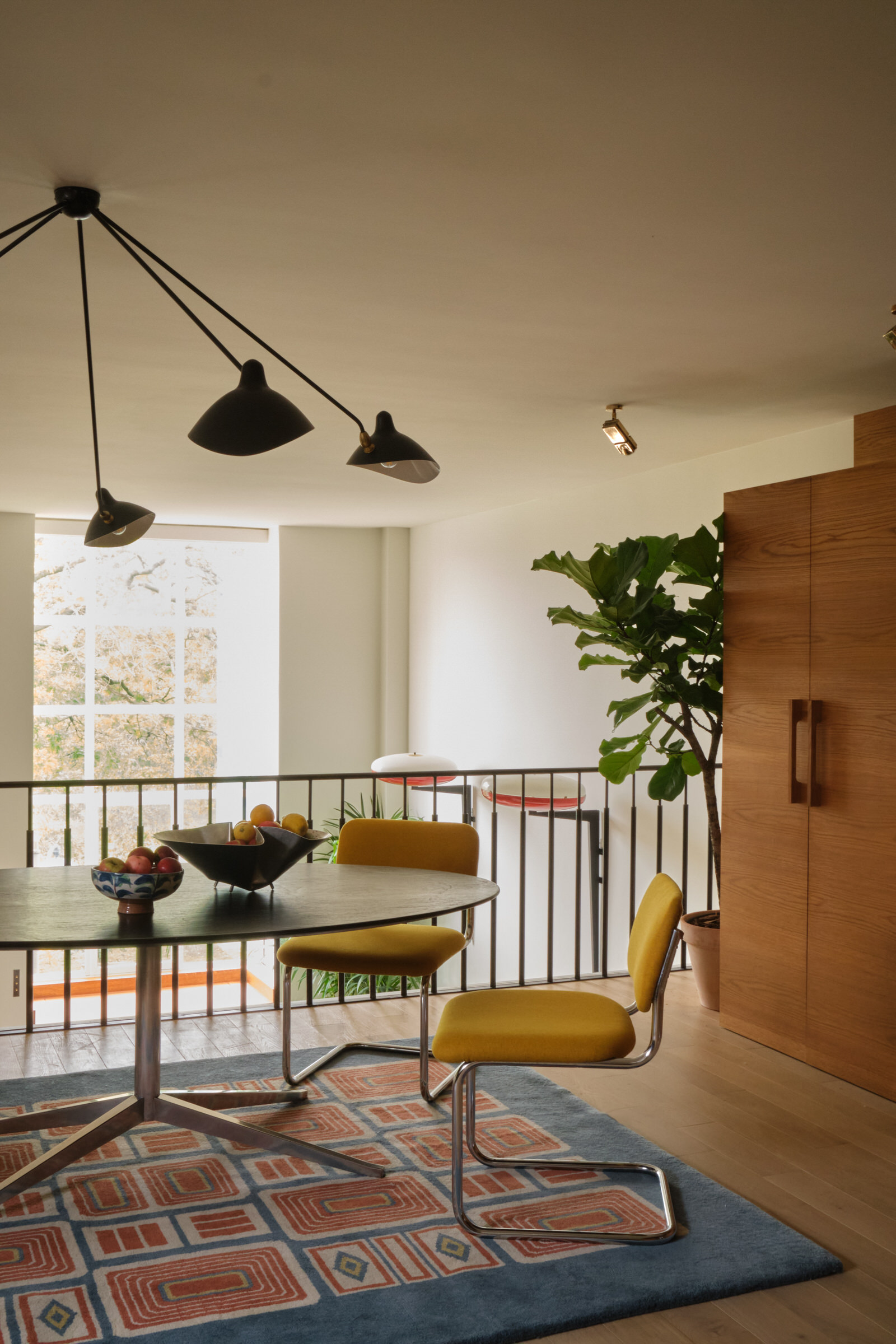 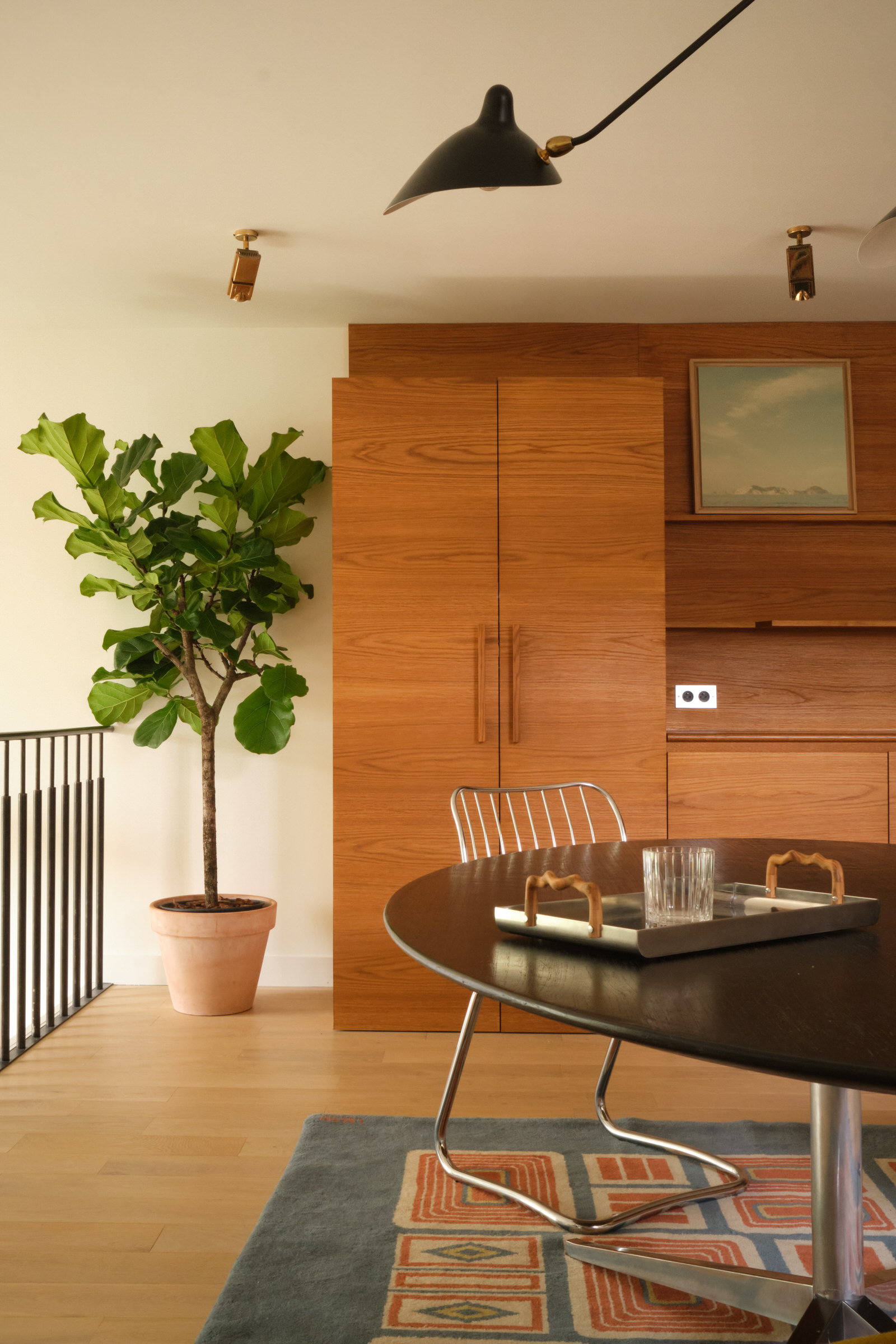 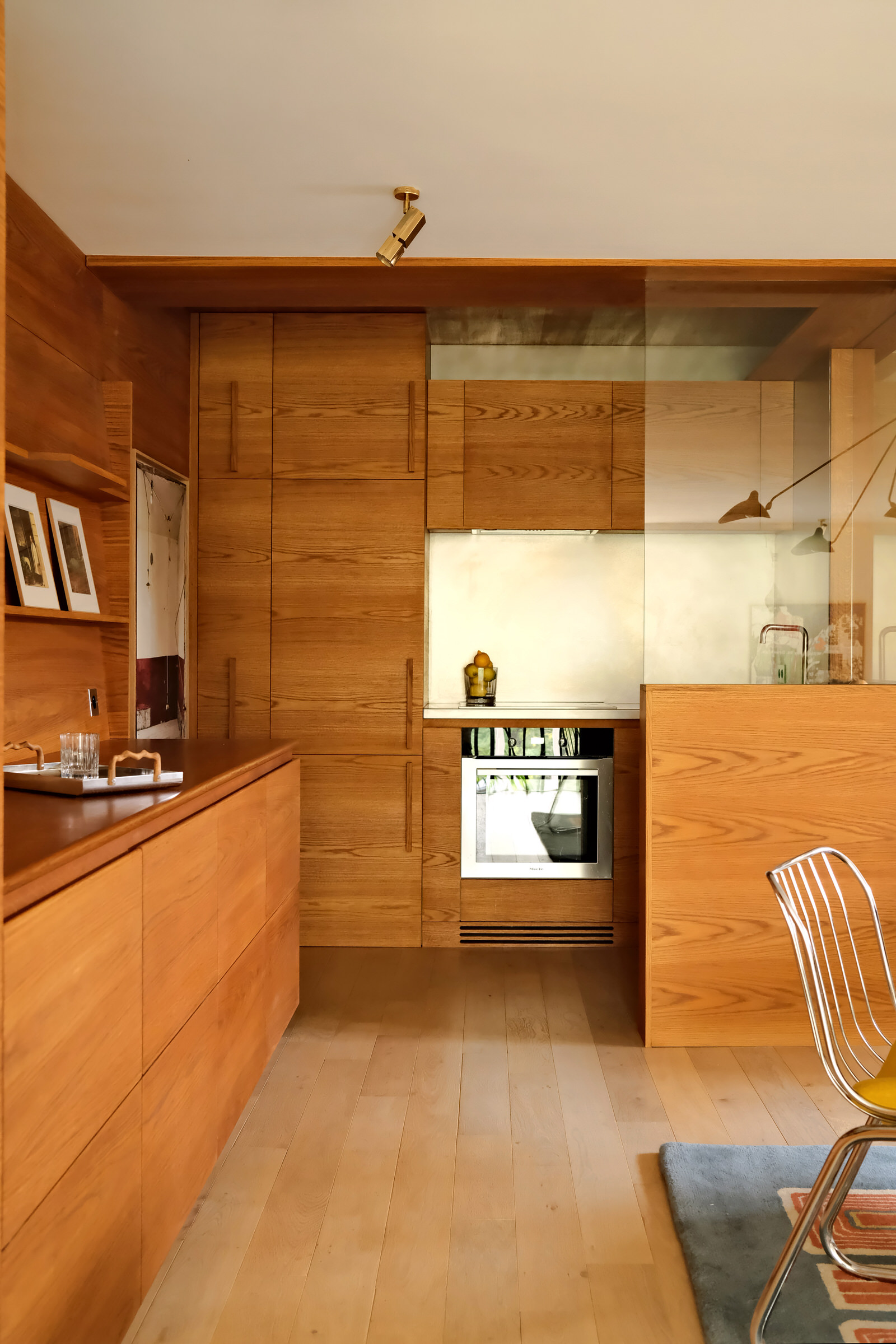 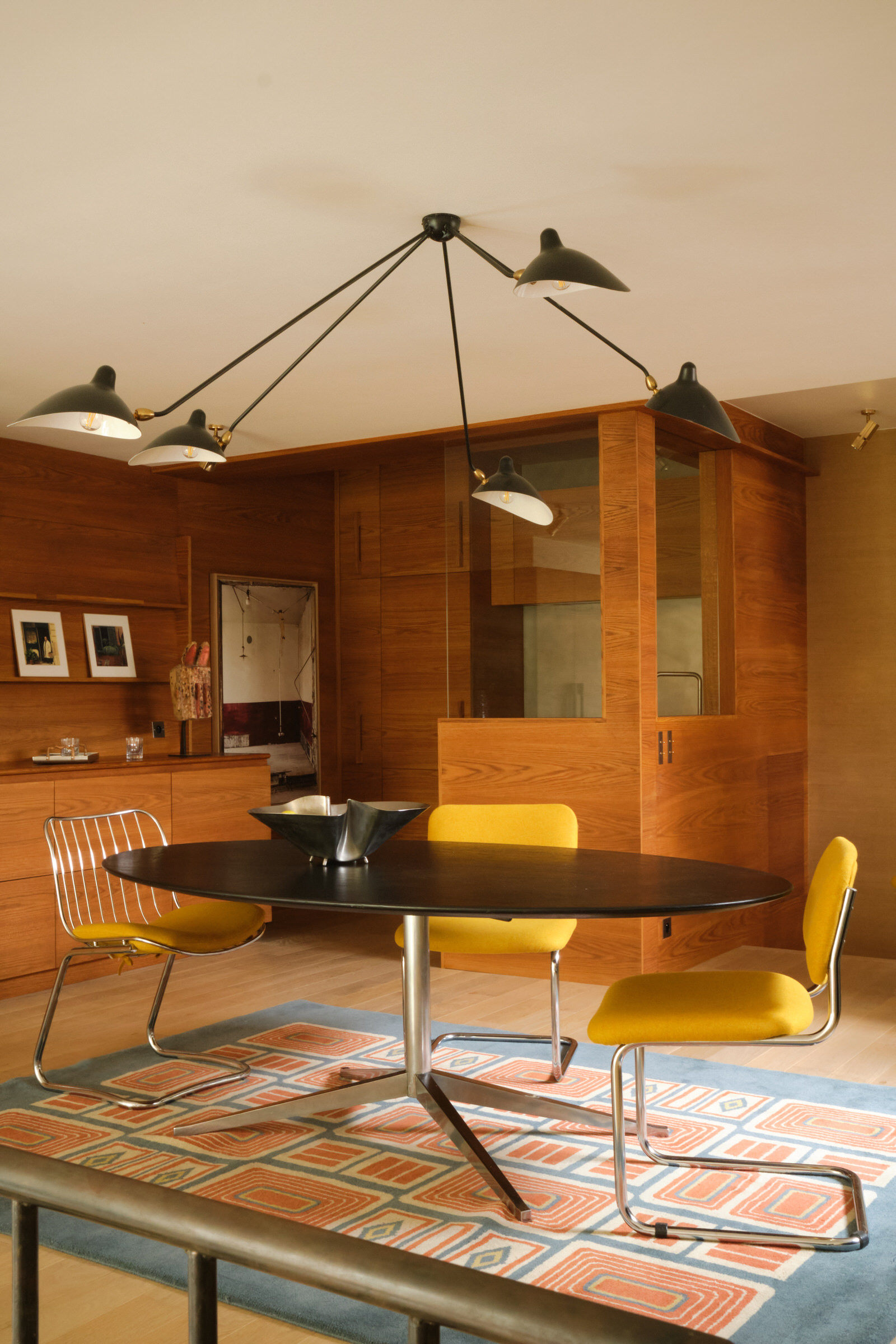 Villa Seurat isn’t a villa at all. Rather, it’s a small private street of studio-houses of yesteryear artists like Jean Lurçat, Marcel Gromaire and Arnold Huggler, designed in large part, by late architect André Lurçat in the early 1900s. So when the (re)design brief for one such home found its way to Samantha Hauvette and Lucas Madani of Paris-based interior design firm Hauvette & Madani, it was a bit of a double-edged sword.

“It was a 1926 construction that once belonged to Swiss painter Walter Guggenbühl and which had since been divided into two apartments, 100-square-metres apiece. The project consisted of renovating one of the apartments, spread across the second, third and fourth floors,” say the pair, whose first thought was, “How do we revive its spirit?”

In a bid to update its patina, Samantha and Lucas put together a palette that was equal parts classic and contemporary: Wever & Ducre wall lamps were backdropped by Pierre Frey natural fibre wallpaper in the stairwell; the dining room and kitchen were entirely outfitted with stained oak; and bronze accents were brought in for a silent-movie-era shine. 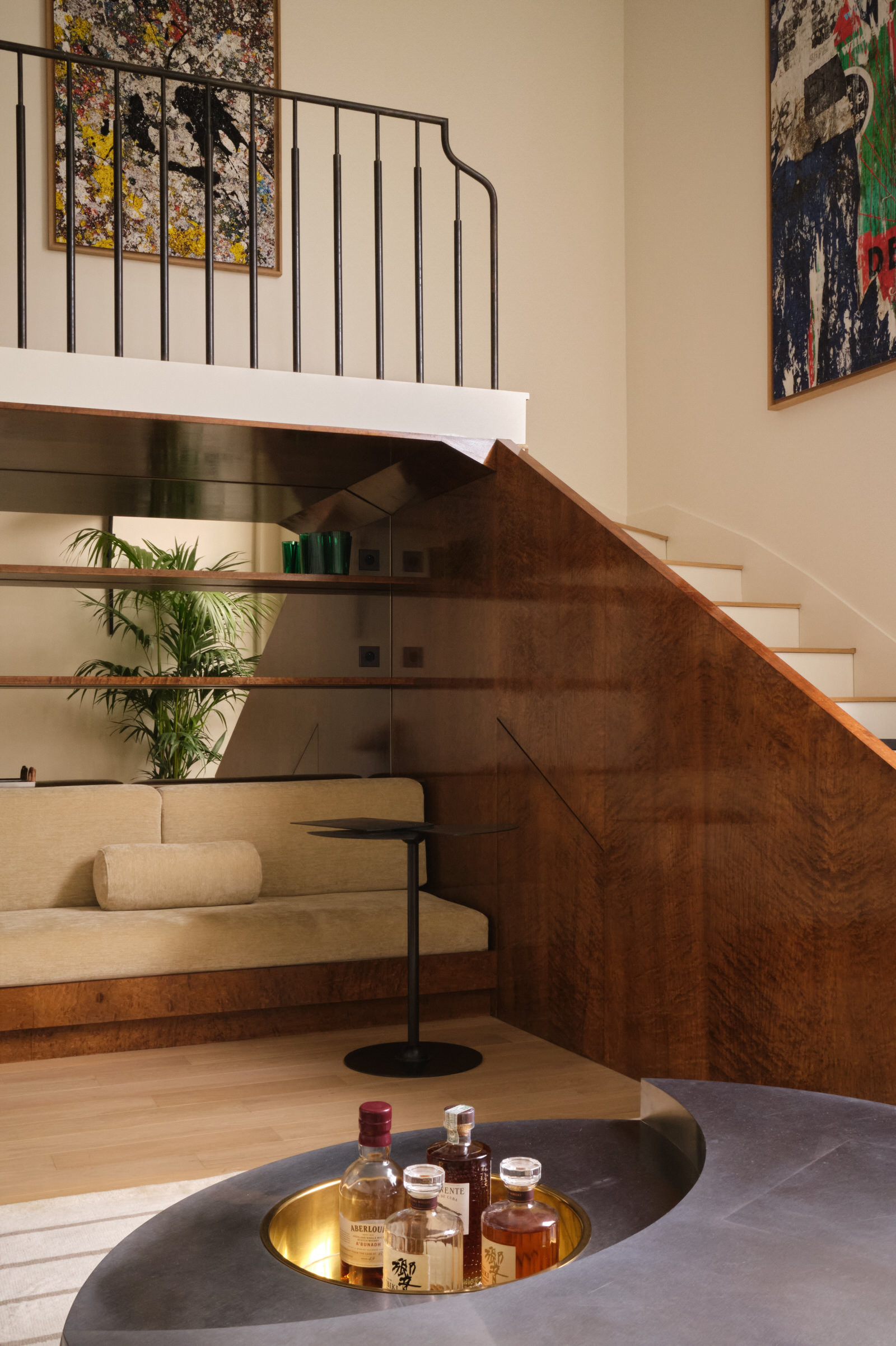 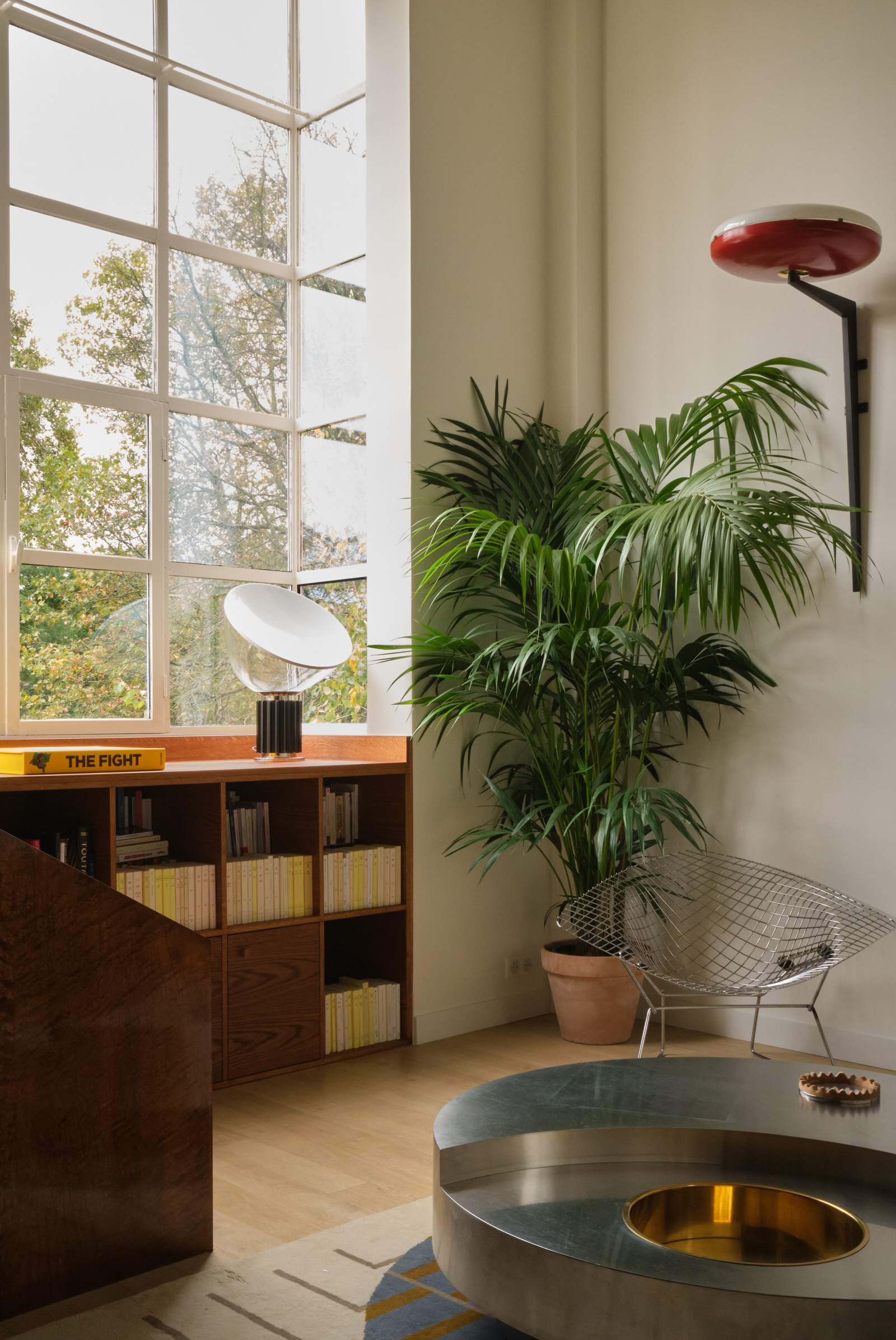 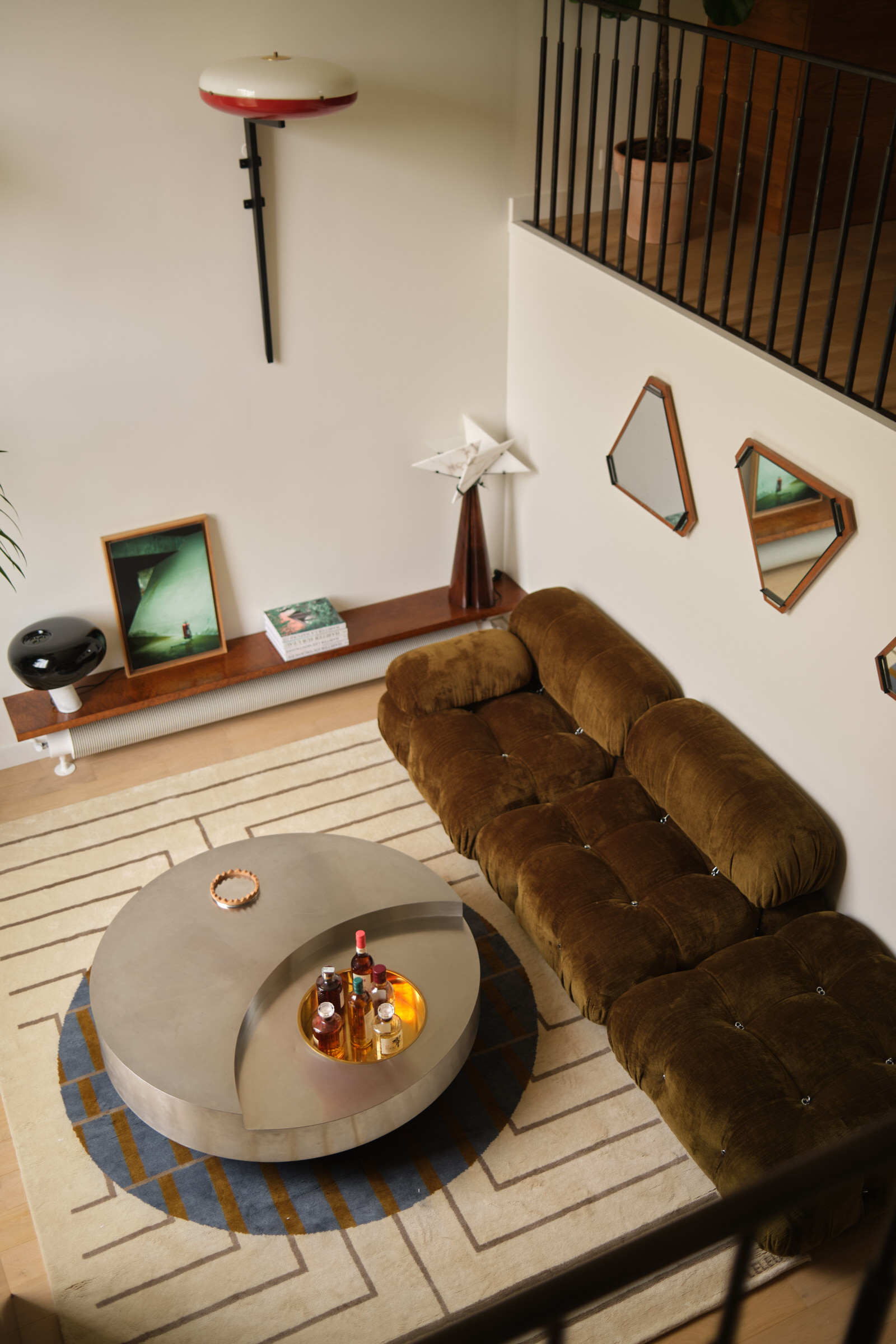 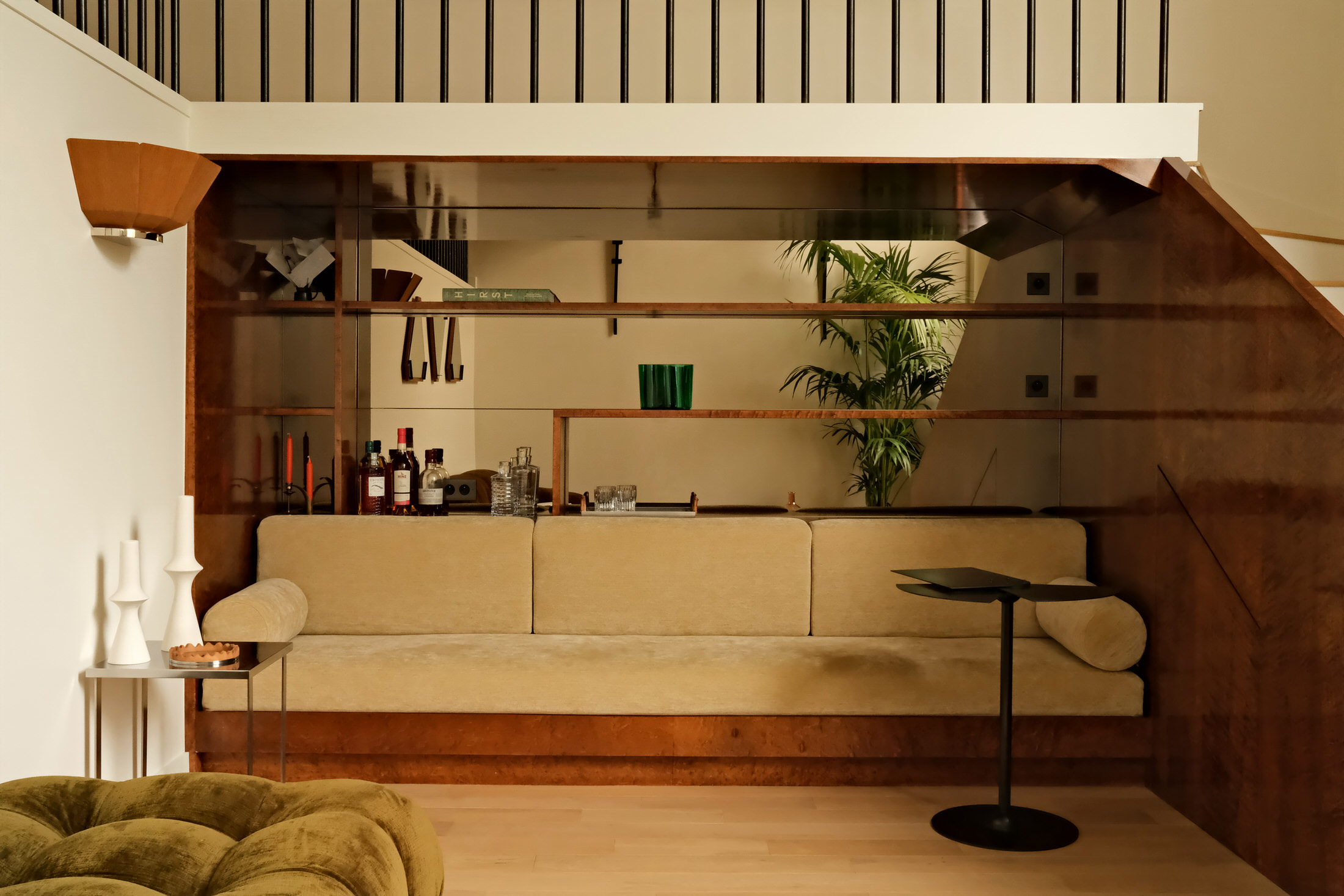 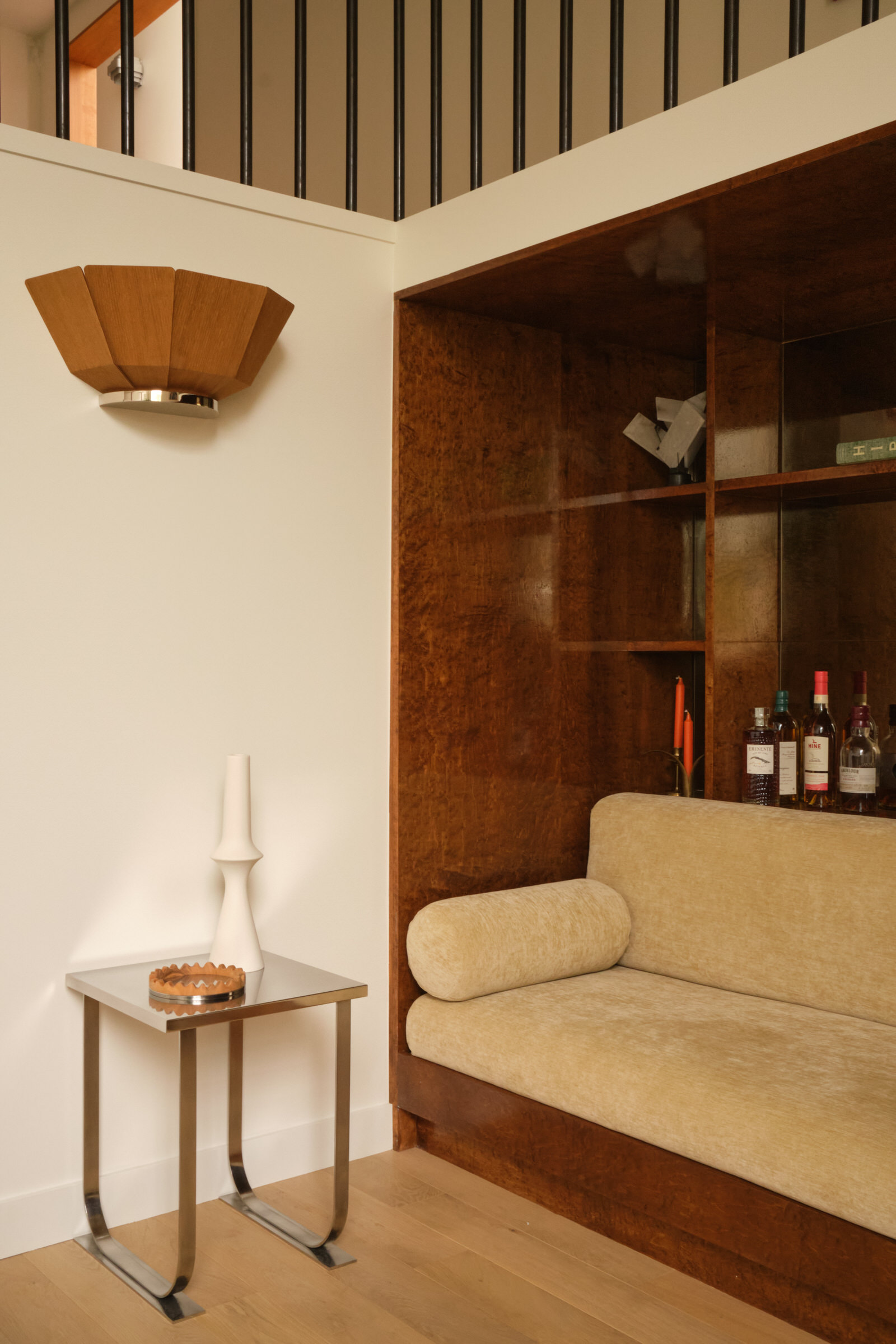 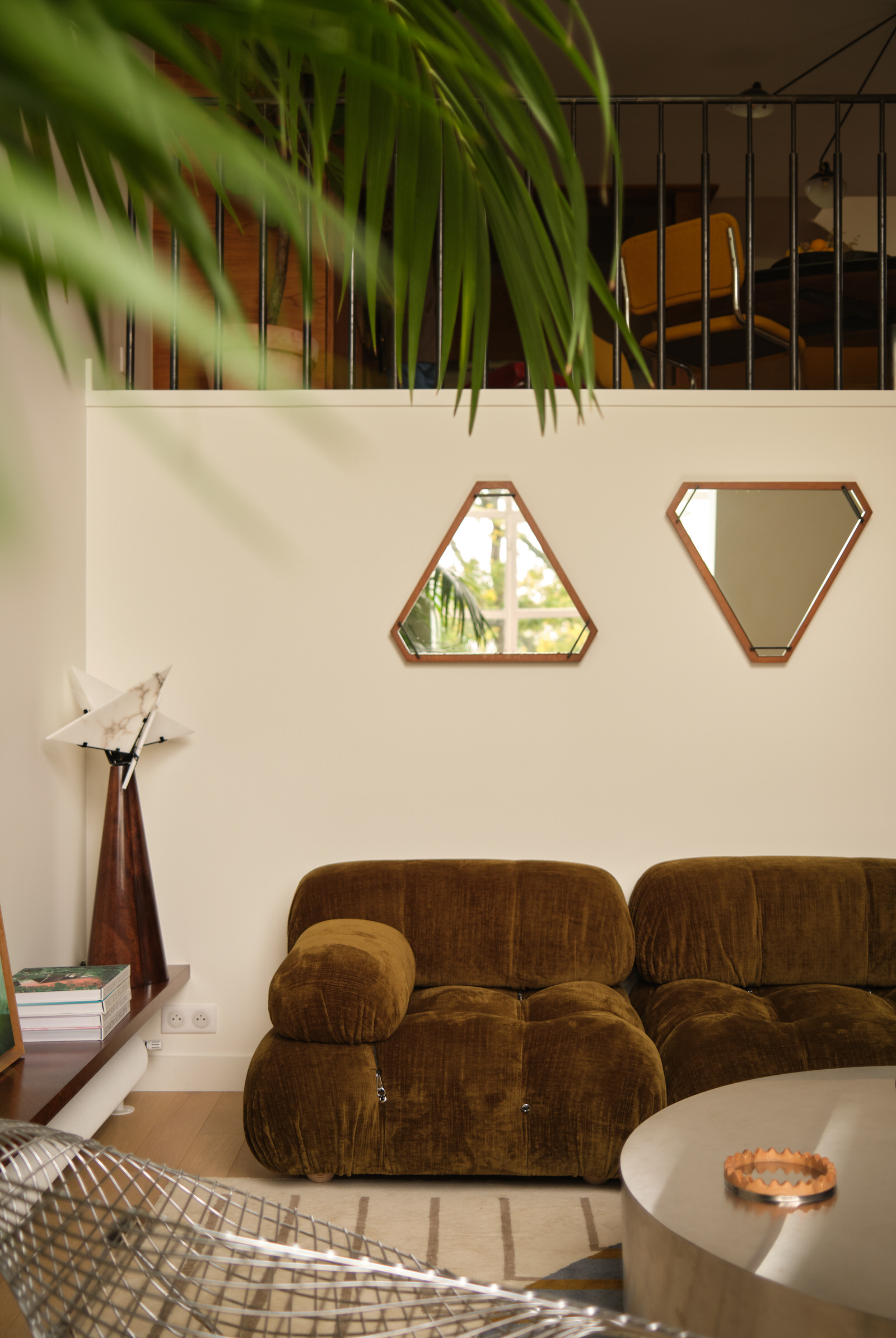 The home is a living, breathing cabinet of curiosities. The living room, for example, features a Camaléonda sofa by Mario Bellini, a carpet by Maison Leleu, and side and coffee tables by Pierre Chareau and Willy Rizzo respectively. Not to mention an armchair by Harry Bertoia, wall lights by HAOS and Charlotte Perriand, a Snoopy table lamp by Achille Castiglioni, and a SERGE side table custom-designed by Hauvette & Madani. The dining room (located on the mezzanine), meanwhile, cuts an impossibly modish figure, with a Florence Knoll chandelier, Serge Mouille chairs from the 70s, and a vintage table.

The bedrooms are the sort of boudoirs you imagine when you think of Paris—romantic, floaty and brimful of golden light. “The master bedroom is located on the top floor and opens out onto a terrace overlooking the Parc Montsouris. We tried to echo its breezy spirit by introducing soft fabrics, a natural fibre wallpaper by Pierre Frey, and a canopy-style bed with ivory linen curtains,” share the designers. The bedside tables were procured from Frama, while the wall lights are vintage Max Sauze.

Straight out of a Saint Laurent fantasy, Hauvette & Madani’s debut furniture collection certainly brings the heat. Staged in the den of the Galerie Yves Gastou and dripping in sex appeal… 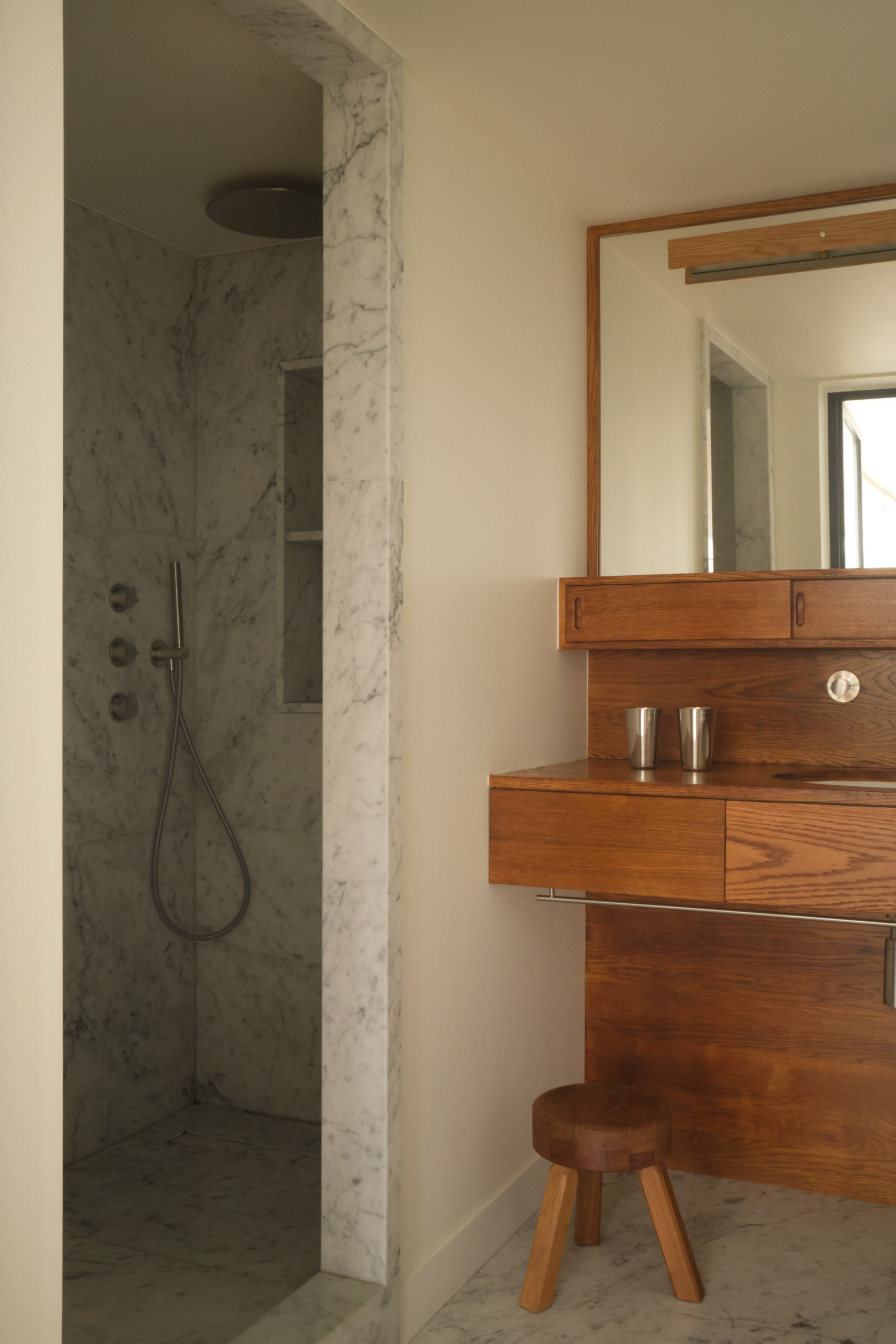 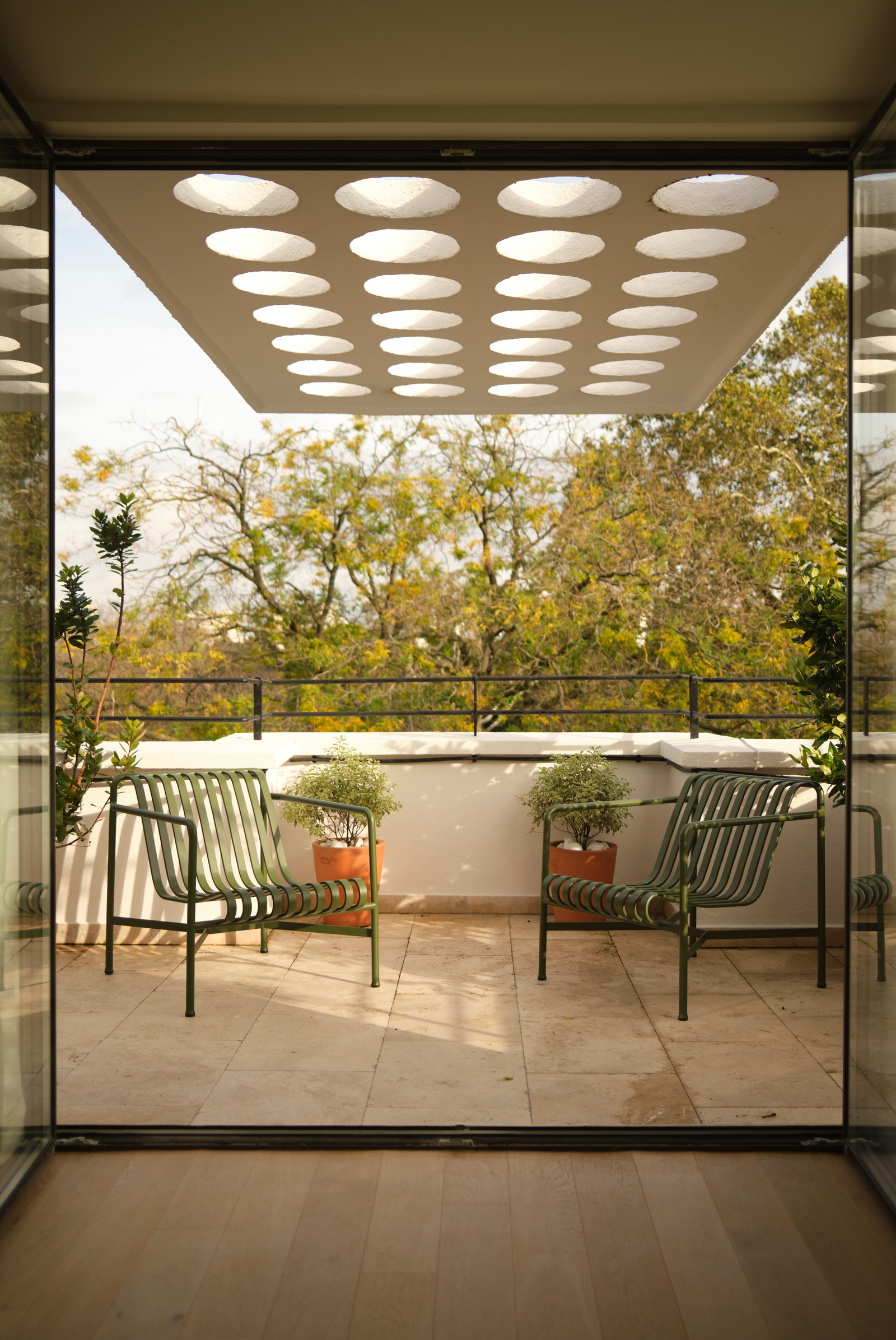 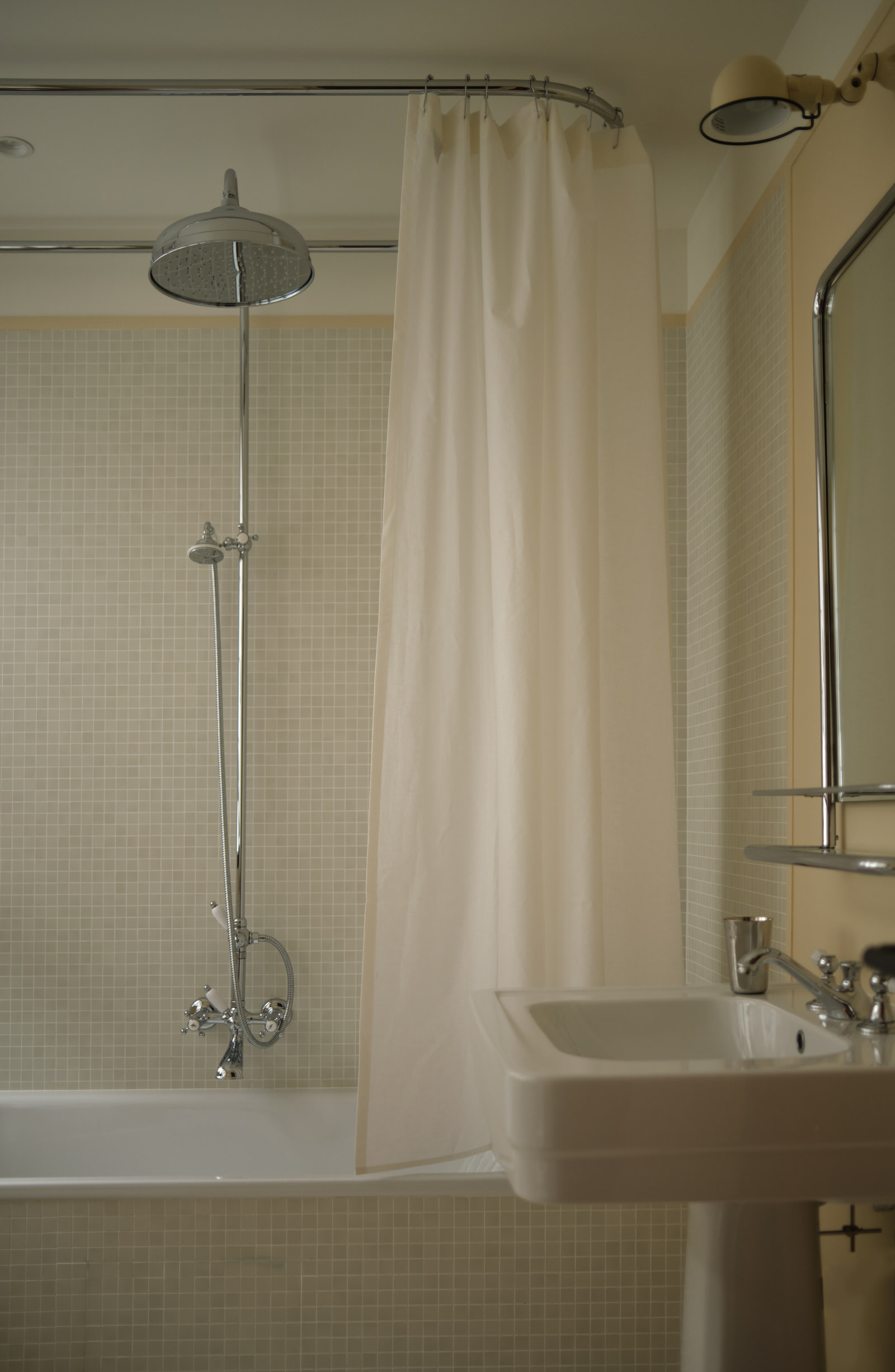 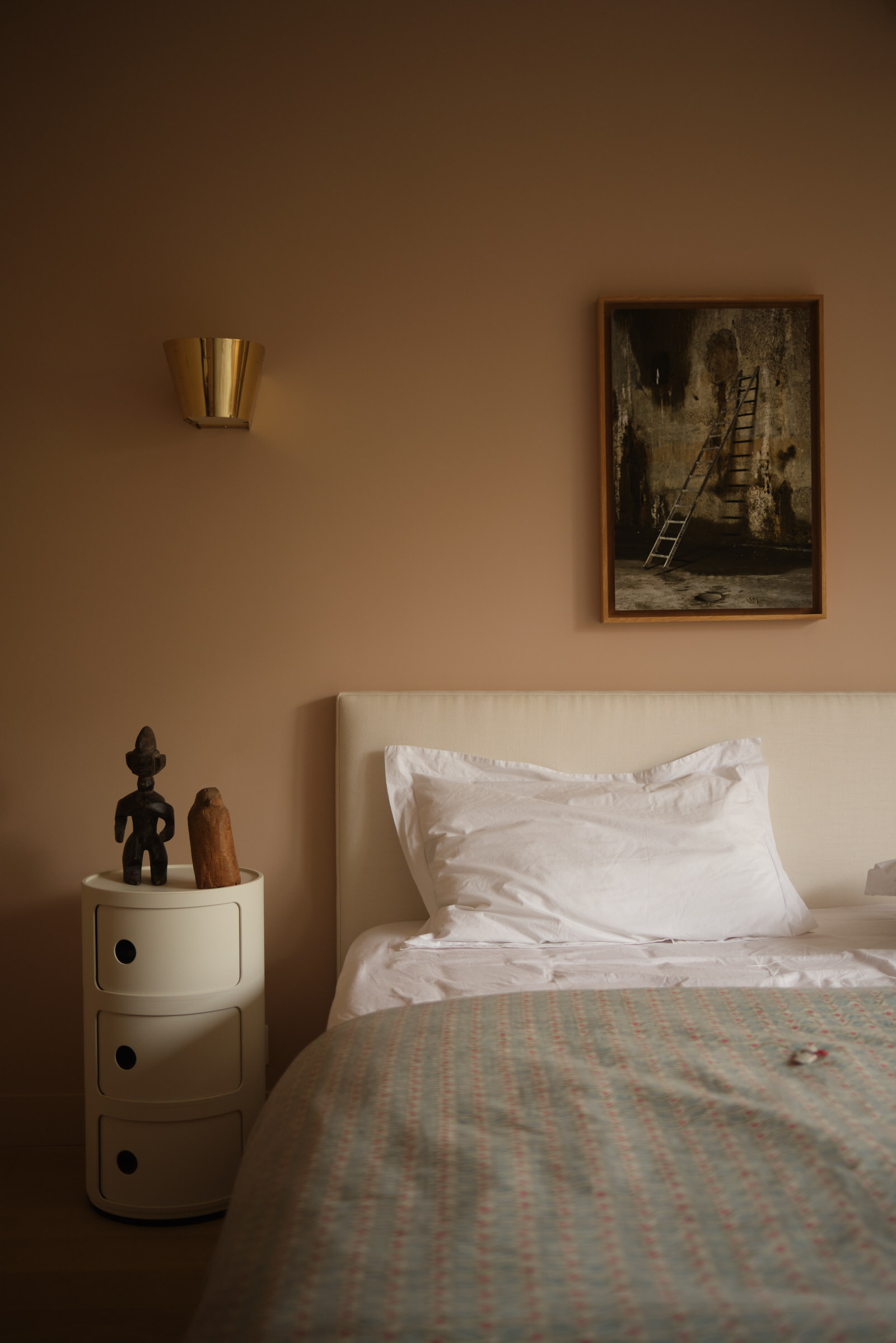 As you make your way to the other bedrooms, the hushed air of the master faithfully follows along, breathing itself, bit by bit, into the Margaux and Antoine suites. The latter two are almost mirror images of each other, save for the difference in floors and colour tones (the Margaux is on the second floor and the Antoine on the first). “The Margaux’s wall lights, which were designed by Paavo Tynell, add a nice metallic touch to the otherwise matte room,” said Samantha and Lucas, who sourced the bedside table from Kartell. “For the Antoine, we clinched the headboard and bedside table from The Socialite Family.”

And yet, the shining star of the home is the smorgasbord of artworks by Julien Drach—a hat-tip, no doubt, to its maiden owner’s glorious legacy.

In this small loft apartment in Paris, Hauvette & Madani have added a solid oak staircase that snakes from the mezzanine to its lower level. Organised around this single dramatic central element allowed the architects to distance the different living spaces…

Content Hacking – What is it And Why it is Important? – HackingVision

NordVPN vs. Surfshark: Which One Is Better?

A Perfect Pairing of Whisky and Coffee

Irene Ng of Monster Motors is In The...

The Best Destinations To Spend Christmas

How to arrange a small bedroom with a...