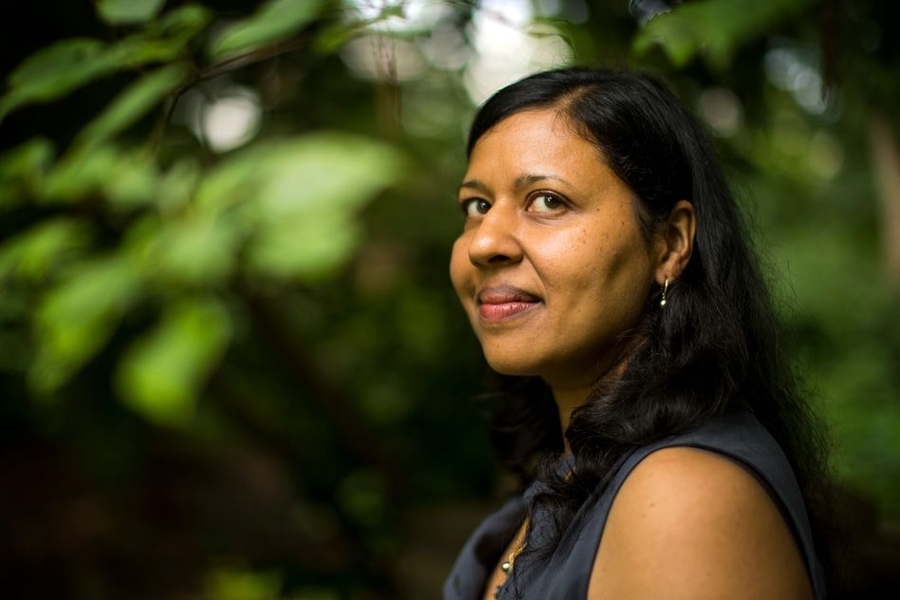 The Society for Neuroscience (SfN) has awarded the Swartz Prize for Theoretical and Computational Neuroscience to Ila Fiete, professor in the Department of Brain and Cognitive Sciences, associate member of the McGovern Institute for Brain Research, and director of the K. Lisa Yang Integrative Computational Neuroscience Center. The SfN, the world’s largest neuroscience organization, announced that Fiete received the prize for her breakthrough research modeling hippocampal grid cells, a component of the navigational system of the mammalian brain.

“Fiete’s body of work has already significantly shaped the field of neuroscience and will continue to do so for the foreseeable future,” states the announcement from SfN.

“Fiete is considered one of the strongest theorists of her generation who has conducted highly influential work demonstrating that grid cell networks have attractor-like dynamics,” says Hollis Cline, a professor at the Scripps Research Institute of California and head of the Swartz Prize selection committee.

Grid cells are found in the cortex of all mammals. Their unique firing properties, creating a neural representation of our surroundings, allow us to navigate the world. Fiete and collaborators developed computational models showing how interactions between neurons can lead to the formation of periodic lattice-like firing patterns of grid cells and stabilize these patterns to create spatial memory. They showed that as we move around in space, these neural patterns can integrate velocity signals to provide a constantly updated estimate of our position, as well as detect and correct errors in the estimated position.

Fiete also proposed that multiple copies of these patterns at different spatial scales enabled efficient and high-capacity representation. Next, Fiete and colleagues worked with multiple collaborators to design experimental tests and establish rare evidence that these pattern-forming mechanisms underlie the function of memory pattern dynamics in the brain.

“I’m truly honored to receive the Swartz Prize,” says Fiete. “This prize recognizes my group’s efforts to decipher the circuit-level mechanisms of cognitive functions involving navigation, integration, and memory. It also recognizes, in its focus, the bearing-of-fruit of dynamical circuit models from my group and others that explain how individually simple elements combine to generate the longer-lasting memory states and complex computations of the brain. I am proud to be able to represent, in some measure, the work of my incredible students, postdocs, collaborators, and intellectual mentors. I am indebted to them and grateful for the chance to work together.”

According to the SfN announcement, Fiete has contributed to the field in many other ways, including modeling “how entorhinal cortex could interact with the hippocampus to efficiently and robustly store large numbers of memories and developed a remarkable method to discern the structure of intrinsic dynamics in neuronal circuits.” This modeling led to the discovery of an internal compass that tracks the direction of one’s head, even in the absence of external sensory input.

“Recently, Fiete’s group has explored the emergence of modular organization, a line of work that elucidates how grid cell modularity and general cortical modules might self-organize from smooth genetic gradients,” states the SfN announcement. Fiete and her research group have shown that even if the biophysical properties underlying grid cells of different scale are mostly similar, continuous variations in these properties can result in discrete groupings of grid cells, each with a different function.

Fiete was recognized with the Swartz Prize, which includes a $30,000 award, during the SfN annual meeting in San Diego.

Other recent MIT winners of the Swartz Prize include Professor Emery Brown (2020) and Professor Tomaso Poggio (2014).

An automated way to assemble thousands of objects...