Top Posts
Modern Age Flagship in NYC by Ringo Studio
5 Questions with Chef Ashley Rath of Saint...
حقيبتك الفاخرة المثالية – Inside The Closet
Mandeville Canyon by Walker Workshop
What To Do About Your Aging Neck
A Polychromatic Apartment in Rome by STUDIOTAMAT
2023 Lexus RX – Exclusive First Look
‘Zombies 3′ The Lost Song Version Brings New...
The Best Overwater Villas and Bungalows Around the...
صنادل هيرميس أوران – Inside The Closet
SCIENCE 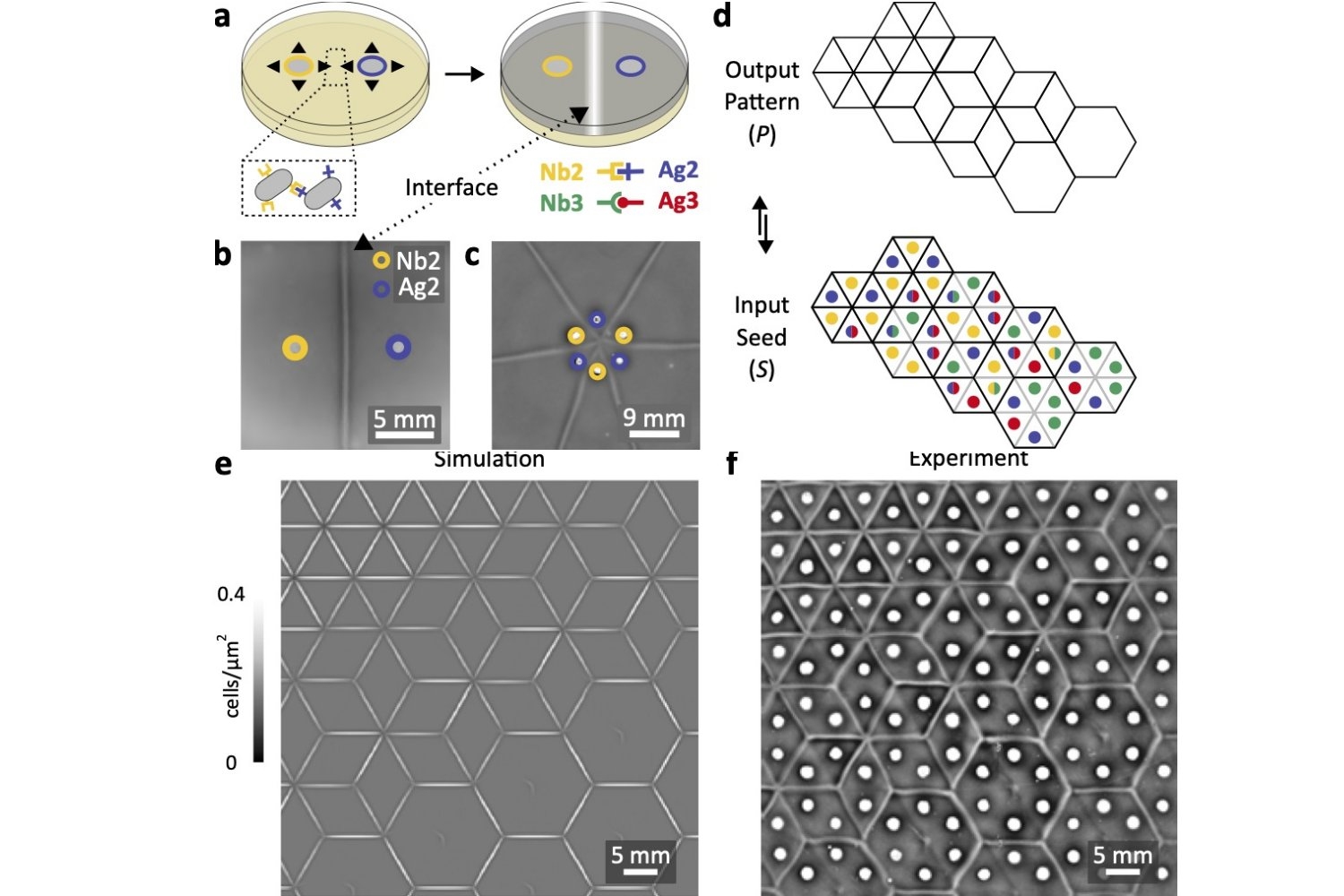 LEGO blocks can be manually attached to each other in certain prescribed ways to create complex structures. What if we could engineer living LEGO-like structures that can self-replicate and move around, and can be programmed to grow and self-assemble into any desired target shape?

An interdisciplinary research team, led by MIT professor Jörn Dunkel and Ingmar Riedel-Kruse of the University of Arizona, has developed an experiment-theory platform that moves one step closer to this goal. Using genetically engineered bacteria and mathematical modeling, they were able to program bacterial systems to grow into arbitrary two-dimensional target structures.

The Riedel-Kruse lab created a bioengineering toolbox that allows them to control the cell-to-cell adhesion properties of motile bacterial cells. Genetically modified bacteria grow certain molecules on their cell walls that act as docking stations for suitable partner cells. Only cells that have matching molecules can stick to each other, whereas those carrying nonmatching ones slide past each other. After seeding a small number of bacteria at different positions on a 2D nutrient surface, the cells will grow, divide, and move around. When two cell populations with matching adhesion molecules collide, they form a visible solid interface whose position and shape is determined by the initial seeding positions and cell concentrations.

Using their versatile bioengineering toolbox, the researchers wanted to create complex target patterns. To achieve this goal, the team needed to understand: How many different cell types are required to realize arbitrary interface patterns? How would the mutual interaction rules have to be designed? What are the correct seeding conditions to realize the desired 2D structures?

To answer these questions, Dunkel and his PhD student Dominic Skinner, now an NSF-Simons Postdoctoral Fellow at Northwestern University, sought to formulate a mathematical model that would allow them to simulate the growth and dynamics of the bacterial swarms, and predict the formation of the interface patterns.

“To do trial-and-error experiments is very expensive and time-consuming,” says Dunkel. “So, Dominic developed and implemented a model that could predict the expected outcome in a couple of minutes.”

Skinner likens the programmed bacteria to living LEGOs. “Ingmar’s lab is creating the biological building blocks, and we are generating the manual with our models,” he says. “His lab puts the bacteria in the right spots — they swarm, divide, and collectively build the desired target shape.”

Adds Dunkel, “These unique experimental systems make it possible to explore a number of fundamental biological questions: How many cell types are needed to grow certain patterns? How much information needs to be encoded in the DNA to achieve a certain level of structural complexity? What controls emergent shapes? The good agreement between experiment and model predictions allows us to study these questions using computer simulations at very little cost.”

Beyond this, the research suggests promises various direct practical applications in biomaterials design.

“In our paper, we provide proof-of-concept realizations of self-grown elastic sheets and channel structures that can transport liquid droplets to desired places,” Dunkel says. “Another application are bio-sensors — basically, the bacteria write a human-readable message when they sense a molecule in their environment.”

As a next step, the team plans to grow three-dimensional structures, and add additional functionalities to the bacteria, such as the ability to produce certain chemicals in desired locations.

The first author of this work is Honesty Kim; other co-authors are David Glass, Alexander Hamby, and Bradey Stuart. All are or were with the Riedel-Kruse lab.

The work was supported by the Alfred P. Sloan Foundation and the National Science Foundation.

How Worried Should You Be About New Reports on Polio?

The best places to brunch in Barcelona – A Luxury Travel Blog

Holding information in mind may mean storing it...

Looking to the past to prepare for an...

New quantum computing architecture could be used to...